The couple, Agnhus and Michelle Farrelly, christened their two-month-old son Oliver in a font made of Lego blocks. 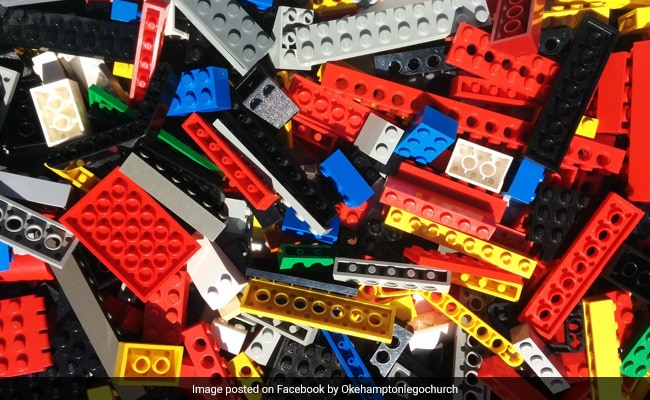 The baptism took place at All Saints Church in Okehampton.

A baby born in the United Kingdom was baptised in a font made from Lego, as reported by the BBC.

The baptism took place at All Saints Church in Okehampton, which is part of the Lego Church initiative. In 2021, Lego Church was established to help make church more accessible to children, the outlet further said.

The couple, Agnhus and Michelle Farrelly, christened their two-month-old son Oliver in a font made of Lego blocks.

Speaking to the BBC, Mrs Farrelly said that Lego brings people together and encourages people of all ages to learn and pray together. She further added that she "wanted our Lego church families to share this part of the Christian faith and for many it would be the first opportunity to witness and experience a baptism".

Reverend Prebendary Stephen Cook, team rector of the Northmoor Mission Community, also spoke to the outlet and said, "The timing and accessibility of Lego Church has proved a winning combination."

He continued, "Most of our regular Lego Church people are not churchgoers, and we are engaging with a broad range of parents, carers and children."

Lego Church is a concept that originated in the United States of America and has only recently made its debut in the UK. The Lego Church is not like any other church. When visitors arrive, there is plenty of Lego to choose from and they can build whatever they want.

According to a local website, the Reverend said that there are some drinks and snacks and a Bible story. "Then (we) go back to the tables and try to build something that the story makes us think about. Then we show everyone what we have made and if possible say why we made it. Then we have some prayers and pack up," he added.