Read inOther Languages
This Article is From Mar 10, 2021 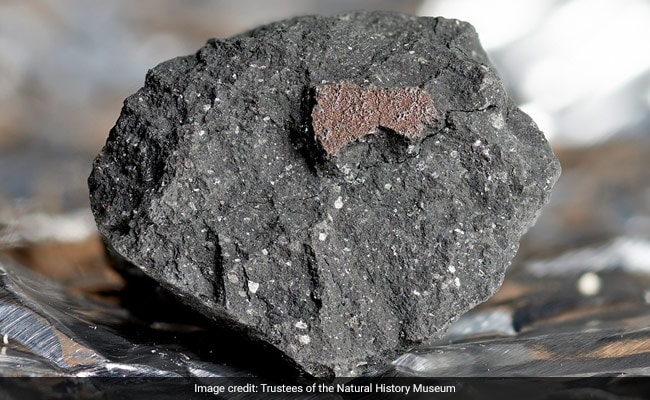 One of the fragments of meteorite recovered from Winchcombe.

A meteorite that fell on a driveway in the UK has been described as "astonishingly rare" by the Natural History Museum, which says that it could provide answers to questions about the early history of the solar system and life on Earth. Weighing almost 300 grams, the meteorite was recovered from the small Cotswold town of Winchcombe by scientists, reports CNN.

The Natural History Museum in London said in a statement released on Monday that the rock is formed of carbonaceous chondrite. Carbonaceous chondrites are a class of "extremely rare" chondritic meteorites. "They are the most primitive and pristine materials of the solar system and can provide unique information on where water and the building blocks of life were formed and what planets are made from," the museum said. Carbonaceous chondrites "have been known to contain organics and amino acids - ingredients for life."

The meteorite fell from a fireball that lit up the sky over the UK and Northern Europe on February 28. It survived a fiery passage through the Earth's atmosphere before landing on a driveway from where scientists were able to recover its fragments.

The fragments were recovered in such good condition that they are comparable to rock samples returned from space. This was possible thanks to the homeowner on whose driveway the meteorite landed. He bagged up the fragments and contacted the UK Meteor Observation Network as soon as he spotted the rock on his driveway.

Meteorites are much older than any rock found on Earth. There are about 65,000 meteorites on Earth, and only 1,206 have been witnessed to fall. Of these only 51 are carbonaceous chondrites.