As World Discusses Brexit, Twitter Is Obsessing Over Larry The Cat 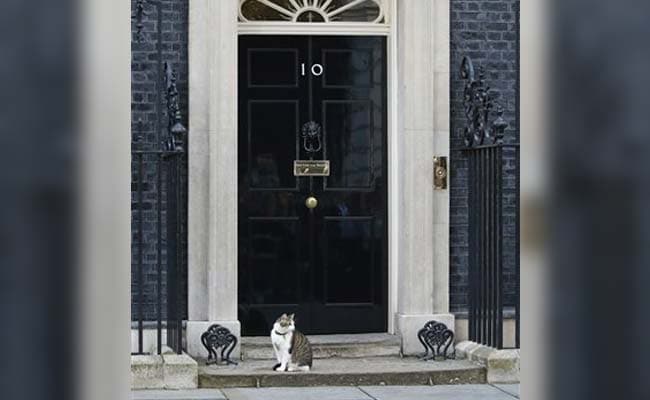 Larry the Cat, 'Chief Mouser to the Cabinet Office' stole focus from the trending topic of the day.

Moments before an emotional David Cameron stepped out to announce his resignation as Prime Minister of UK by October, another resident of 10 Downing Street captivated the media and Twitter alike. It was the august personage of Larry the Cat, 'Chief Mouser to the Cabinet Office.'

Said character is way too cool for Brexit. The nine-year-old tabby, hired to wage a war on rodents infesting one of the most famous residences of London, casually stepped out of his home and quickly stole focus from the trending topic of the day. As is only right for one who holds such a high-level government position.

Soon, Twitter was flooded with quips related to this Very Important Cat. Some suggested "Larry the cat for PM" while others asked about the VIC's fate in the aftermath of the Cameron resignation. Will Larry the Cat continue in residence or will he depart from 10 Downing Street when David Cameron does? We suspect this will fully occupy public attention in the weeks and months to come.

Meantime, take a look at how Twitter responded to how Larry the Cat handles media attention.

Id vote for Larry the cat for no10 I would. Less lies, more reliable. #LarryTheCatpic.twitter.com/4YvX8VnrnM

Larry the cat for PM

Larry the cat for prime minister anyone?

What's going to happen to Larry the cat now?

Larry The Cat gets my vote for next PM - that's Prime Meowminister pic.twitter.com/D7aOKkuW0w

Larry the cat has just gone back into number 10... He was "out" #brexitpic.twitter.com/HMK9IvmxoS

'What a CATastrophe,' thought Larry the cat. #BREXIT#EURefResultspic.twitter.com/XTrfNKEWmF

I feel like Larry the cat feels a bit like Spike from Notting Hill right about now. #Brexitpic.twitter.com/paS9P8a3D8