"#NationalDefenceAcademy (NDA) was formally inaugurated on 16 Jan 1955," the Army said in its post 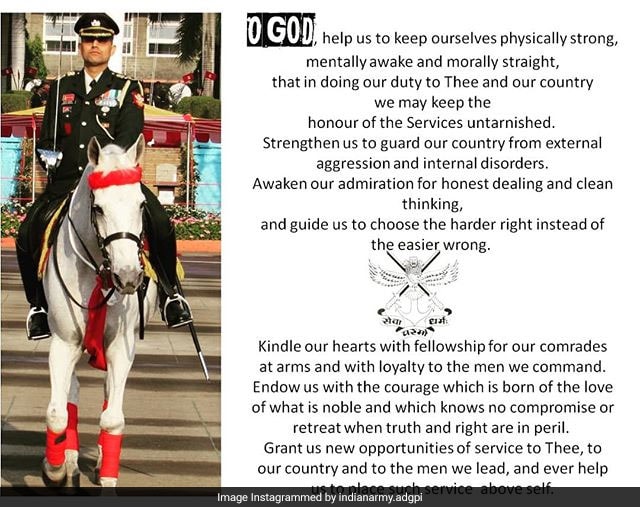 A post on the National Defence Academy, shared by the Indian Army

The Indian Army today shared a post on social media to mark 64 years of the National Defence Academy in Pune. "#NationalDefenceAcademy (NDA) was formally inaugurated on 16 Jan 1955," the Army posted this afternoon, along with a photo of NDA cadets praying.

The National Defence Academy is the joint services academy of the armed forces, where cadets of the three services - Army, Navy and Air Force - train together. Calling it the "Pride of Nation", the Army in its post said that it is "one of the biggest and most modern tri-service academies in the world."

#NationalDefenceAcademy (NDA) was formally inaugurated on 16 Jan 1955. Located at #Khadakwasla near #Pune, Maharashtra, it is one of the biggest and most modern tri-service academies in the world. #PrideOfNation #OfficersGentlemen.

Since being shared online, the post has collected over 22,000 'likes' on Instagram alone, along with a ton of comments.

"Happy NDA day," wrote one person in the comments section. "Salute to the Indian Army," said another.

@adgpi We the people of India salutes you .. For giving us what we don't deserve 🙏🏻 https://t.co/cWy1SQmSSG

The iconic defence institute is located at Khadakwasla, on the outskirts of Pune. It is recognised by the Jahwaharlal Nehru University (JNU), New Delhi, and offers BA, B.Sc and B.Tech degree courses to cadets.