Army Dog "Jaari" Is A Big Hero On Social Media. What He Did 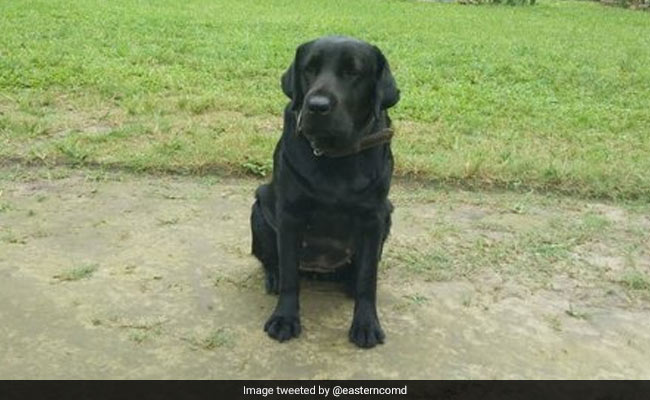 Jaari has helped locate a huge cache of arms, ammunition and explosives.

An Indian Army tracker dog, Jaari, has helped locate a huge cache of arms, ammunition and explosives hidden in Assam's Panbari Reserve Forest. Jaari's remarkable feat is earning him a lot of praise and love on social media.

On Tuesday, Jaari led the search operation to locate the cache of arms hidden by insurgents of the National Democratic Front of Boroland, according to news agency ANI.

"Based on the lead given by source and led by Army tracker dog, digging was conducted at multiple places from yesterday 5 pm to 5:30 am on September 24," the statement said.

The Eastern Command of the Indian Army paid a Twitter tribute to Jaari on Wednesday. They shared pictures of the tracker dog and the arms that it helped recover.

#NEOps#IndianArmy unit in a joint #Op with police & SSB recovered huge cache of arms, amn, explosives & war like stores from Panbari Reserve Forest, Assam on 24 Sep. The contribution of #IndianArmy Tracker dog “Jaari” was remarkable to locate the cache @adgpi@SpokespersonMoDpic.twitter.com/qH3OfKA36z

Many in the comments section of the post have hailed Jaari a hero for his role in the operation.