Read inOther Languages
This Article is From Mar 02, 2020

Ivanka Trump responded to some of the memes from her visit to India. 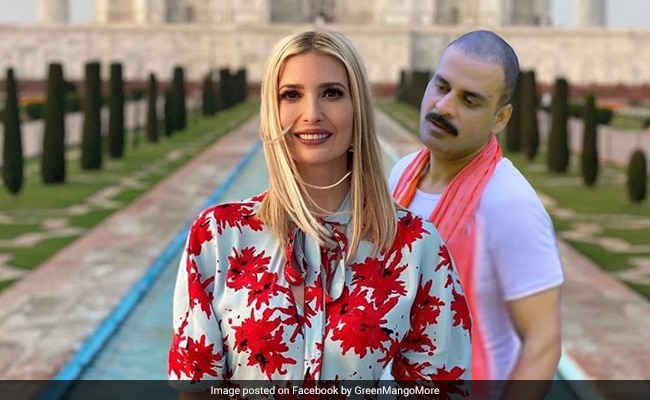 Ivanka Trump has responded to some of the memes her visit to India inspired.

Ivanka Trump's two-day visit to India last week sparked a meme fest like no other. As the US President's daughter treated her Instagram followers to glimpses from the state visit – which included a trip to the Taj Mahal in Agra and a banquet dinner at the Rashtrapati Bhavan in Delhi – meme-makers photoshopped themselves into her pics and left many amused. Now, Ms Trump, 38, has reacted to some of the memes which were brought to her attention on Twitter.

"I appreciate the warmth of the Indian people!" wrote Ivanka Trump, responding to three such memes. While one shows her photoshopped onto a bicycle, another features Ms Trump with actor Manoj Bajpai. All the memes were based on Ms Trump's visit to the Taj Mahal, where she wore a baby blue and red dress by Proenza Schouler.

"I made many new friends!!!" she further quipped.

I appreciate the warmth of the Indian people.

Ivanka Trump's tweet tickled many on the microblogging platform, collecting more than 1.7 lakh 'likes'. Take a look at some of the reactions it collected:

Ms Trump had earlier also responded to a meme by actor and singer Diljit Dosanjh, who had shared a hilarious picture of himself photoshopped into her pic in front of the Taj Mahal.

"Thank you for taking me to the spectacular Taj Mahal, @diljitdosanjh! It was an experience I will never forget!" Ms Trump had written in response to his meme.

Thank you for taking me to the spectacular Taj Mahal, @diljitdosanjh! 😉

Ivanka Trump was part of the high-powered delegation that accompanied US President Donald Trump to India last week. He was also accompanied by Ms Trump's husband Jared Kushner and wife Melania Trump.

After the visit, Ivanka Trump, who also serves as a senior advisor to the US President, had thanked India in an Instagram post.