The baby announcement created a storm on Twitter, where #Virushka began to trend high soon after 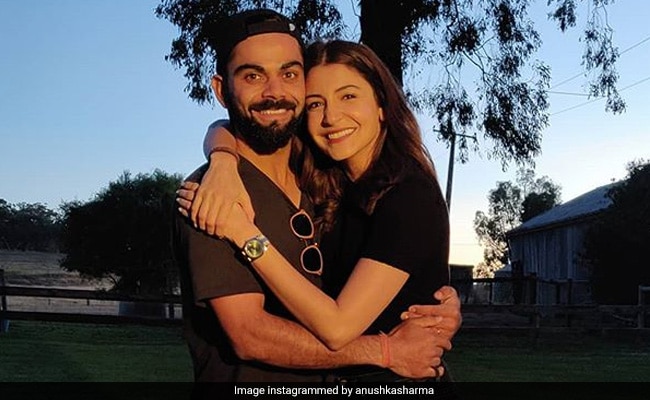 Virat Kohli and Anushka Sharma are expecting their first baby in January 2021.

Actress Anushka Sharma and cricketer Virat Kohli are expecting their first child. The couple made the announcement on their respective social media profiles this morning, sending the Internet into a tizzy. "And then we were three," both Virat and Anushka wrote on their respective Instagram and Twitter pages. They also revealed that the baby arrives in January 2021 while sharing a picture that shows a glowing Anushka posing for the camera, her husband smiling behind her.

The announcement created a storm on Twitter, where #Virushka began to trend high soon after. Happy tweets and memes have since flooded the social media platform, along with hundreds of congratulatory posts from friends and fans.

Take a look at some of the #Virushka tweets that have taken over the microblogging platform:

Anushka Sharma is pregnant.
This is the first delivery that Virat won't smack out of the park.

Meme-makers are already expecting a busy day ahead:

Food delivery platform Zomato had a 'puntastic' post for the parents-to-be:

Virat and Anushka they will become parent in JAN 2021

And some fans took a trip down memory lane, remembering the ad that started it all:

And that's the most beautiful fairytale
We have ever seen .
~Virat & Anushka ~#virushkapic.twitter.com/GLPJZSbLKB

Virat Kohli and Anushka Sharma married in Italy in 2017 after dating for several years. Their baby announcement after three years of marriage has been flooded with comments congratulating the couple. Actress Alia Bhatt dropped a string of heart emojis in the comments section of Anushka's post, while Priyanka Chopra wrote, "Congratulations you guys."

Parineeti Chopra, Varun Dhawan, Kiara Advani, Taapsee Pannu and Preity Zinta are just some other members of the film industry who have wished the couple on social media.

'Alchemist' Autorickshaw In Kerala Gets A Shout-Out From Paulo Coelho