Anand Mahindra saw an old viral clip of the boy and was so impressed, he asked his team to track him down 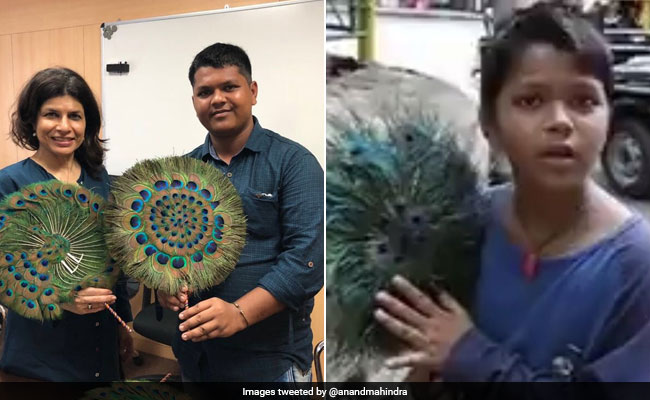 Business tycoon Anand Mahindra often tweets interesting viral videos and pictures (several from his WhatsApp Wonderbox) of talented or skilled individuals. He not only celebrates these individuals through his tweets but often asks his Twitter followers to help him find these people. Adding to that list is a fan seller from Mumbai who was recently tracked down by Mr Mahindra's team after he saw an old viral clip of the boy and was left impressed by him.

It all started on July 2 when Twitter user Austin Scaria tagged the Mr Mahindra in a tweet about a boy who used different languages to sell fans on Mumbai's streets. The tweet was accompanied with a video of the boy.

Who says one has to attend school to learn foreign language. Watch this boy from Mumbai selling his stuff in the street. Talks multiple languages. Really Amazing! Hope some corporate support this kid to get a good education. @anandmahindra@harshgoenka@RNTata2000pic.twitter.com/VnbtpBK7Tk

Mr Mahindra, impressed by the boy's skills, urged Twitter to help find him.

You're right. This kid sounds like a real spark! @SheetalMehta do you think we can locate him and make sure he gets a schooling? He is destined to go places... https://t.co/PeIJ7NVuIz

His tweet collected over 3,000 'likes' and more than 700 retweets. Several Twitter users pointed out that the clip was an old one and the boy had probably grown up since it was first recorded.

Earlier today, Mr Mahindra shared an update about that same boy in the video. Turns out Mr Mahindra's team has managed to track him down. "His name is Ravi Chekalya & he's married with kids & still sells fans," Mr Mahindra tweeted, adding that his team is now figuring out "a plan to help him live up to his potential".

(1/2)Retweeted,some days ago,a video of a Mumbai boy who had learned foreign languages to sell his fans to tourists. Impressed, I wanted to help with his education. Was told it was an old clip & he was grown up but still selling fans.Twitter followers helped us find him https://t.co/RIxAmOqayd

(2/2). His name is Ravi Chekalya & he's married with kids & still sells fans. @SheetalMehta of the Mahindra Foundation had an inspiring meeting with him. Stay tuned as she works out a plan to help him live up to his potential... pic.twitter.com/VkMlaap5HV

The tweets have won a lot of love on Twitter and collectively received over 2,500 'likes' since being posted about five hours ago.

"That is a super news... salute. This is inspirational. Looking forward to hear more about this talented boy," says one Twitter user. "Great gesture. Keep up the good work," says another.

Just a few months back, Anand Mahindra tweeted about a "shoe doctor" who he said "should be teaching marketing at the Indian Institute of Management". Within two weeks of tweeting about the cobbler, Mr Mahindra shared that his team had tracked the man down and was working to help him out.