"Yup, it's funny, but I think it also underscores how practical Indians are & how illogical English spelling is!!" wrote Anand Mahindra 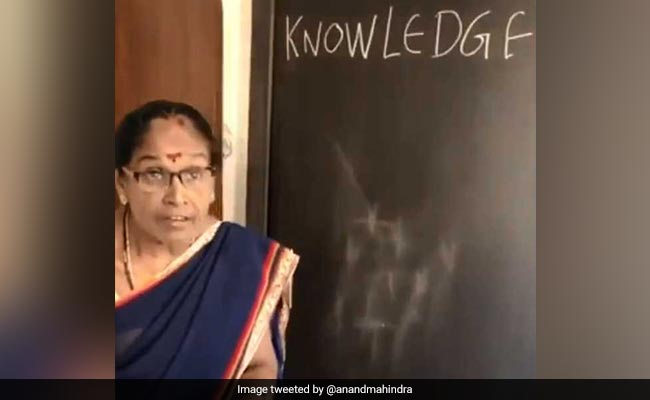 Screengrab from a video shared by Anand Mahindra.

Business tycoon Anand Mahindra reached into his famed "WhatsApp wonder box" once again to share an amusing clip with his 6.9-million Twitter followers. The hilarious clip shows a teacher pronouncing the word 'knowledge' rather literally - ignoring the silent 'k'. Using the video to underscore how English can be a funny language, Mr Mahindra wrote: "Yup, it's funny, but I think it also underscores how practical Indians are & how illogical English spelling is!!"

Watch the video below, and put your headphones on for this:

This has been going around as a source of amusement & landed in my #whatsappwonderbox Yup, it's funny, but I think it also underscores how practical Indians are & how illogical English spelling is!! pic.twitter.com/phVzBge1Yk

Since being shared online on Sunday, the video has collected over 7,000 'likes' and 'retweets', along with over one lakh views.

Some took to the comments section to point out that the video wasn't a real-life scene, but a clip by comedian Gaurav Gera.

Sir another one from the same class 👍 pic.twitter.com/mAAdVZxvJi

And others laughed at the hilarious clip

English is a funny language 😂😂 https://t.co/vwUIcRT0rT

That's how I read first time , when I had to start studying English in my 5th standard. The silent letters were really the silent killers for me 😂

This isn't the first time a celeb has pointed out the inefficacy of English. In January this year, Amitabh Bachchan shared a hilarious tweet to prove that English is a funny language.