While many are calling American Eagle's denim hijab a win for inclusion and diversity, some on social media are threatening to boycott the brand. 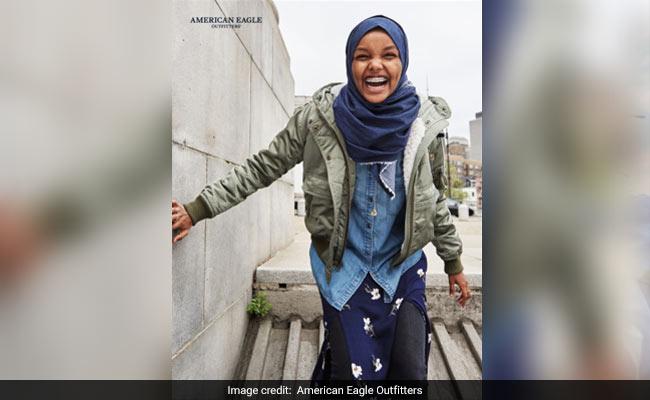 An all-American brand, American Eagle, recently introduced a denim hijab as part of its latest collection and many people are calling the move a win for inclusion and diversity. American Eagle even got Halima Aden, a hijab-wearing Somali-American model, to be a part of its advertising campaign. But some on social media have hit back at the brand threatening to boycott it.

Talk about inspiring: @kinglimaa went from Somali refugee to one of the industry's most sought-after models, competing in the 2016 Miss Minnesota USA pageant in a burkini and hijab. Get to know her in our new campaign on AE.com! #ICAN #MeetTheNewCast

On Instagram, the brand called Ms Aden's journey from a Somali refugee to one of the fashion industry's most sought-after models "inspiring." Ms Aden made headlines last year after she competed in the Miss Minnesota USA pageant in a burkini and hijab.

She has since walked the runway for Kanye West's Yeezy in New York and Max Mara and Alberta Ferretti in Milan, and been on the cover of a series of fashion magazines.

"Thank you @americaneagle for encouraging young America to follow their passions, express their individuality, and pursue their unique paths," Ms Aden wrote on Instagram.

Promoted
Listen to the latest songs, only on JioSaavn.com
The "dark indigo" denim hijab retails for $19.95, or approximately 1,200 rupees, and has provoked reactions ranging from enthusiastic support to outrage online:

American Eagle made a denim hijab and it's honestly such a look, wow #respectpic.twitter.com/Bp3v84t2V8

Honestly it's kind of exciting to see American eagle come out with a denim hijab, like go you, you're doing amazing sweetie  pic.twitter.com/krES8x5so7

Now women can be stylishly oppressed in denim too

Thank you for acknowledging that Muslims are part of what makes America great & for supporting our decision to cover. Haters gonna hate.

Earlier this year, sportswear brand Nike announced that it would be making activewear hijabs. Click for more trending news