France may be the world's top destination for naturist tourism -- with up to four million people holidaying "au naturel" every year. 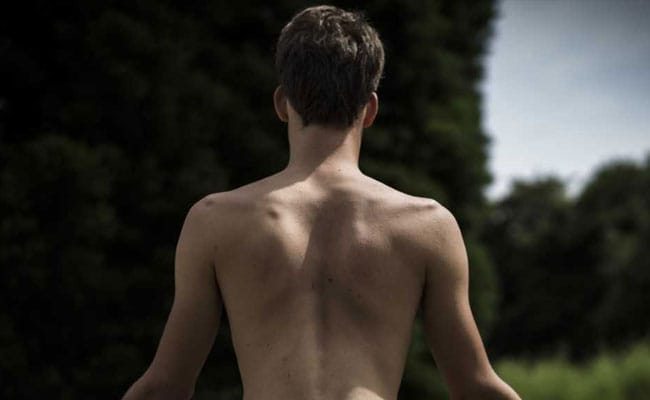 After a nude yoga class in a Paris park and a "no clothes day" at the city's trendiest art museum, hundreds of naturists are due to descend on a theme park near the French capital Sunday for a spot of trampolining.

France may be the world's top destination for naturist tourism -- with up to four million people holidaying "au naturel" every year -- but up until recently, French nudists have been rather more coy about shedding their clothes in the city.

"We used to think it better not to show ourselves too much," said Cedric Amato, of the Paris naturism group ANP, which claims that the capital and its suburbs are home to as many as 88,000 nudists.

But all that is changing now.

And there is no hiding their naked ambition to make further inroads.

A nudist restaurant, O'Naturel -- a play on the French phrase for naked -- has opened its doors in the east of the city where club nights are also held. Paris has seen its first stand-up nudist comedy show too, in which both the audience and performer went without clothes.

French naturists have also crossed the Rubicon of bare-bottomed bowling.

But what made headlines around the world earlier this month was when 30,000 people applied for a nude visit to the Palais de Tokyo art museum in the city -- even though there were only 161 places available.

Amato said its huge success might spark visits to other Paris landmarks and museums, like the Louvre or the Pompidou Centre, which house some of the most famous nudes in the world.

"Not only did it fulfil the needs of our members to practise naturism in the city, it got the message out," Amato told AFP, with hipster types strolling through the galleries helping to change naturism's rather dated older image.

Purists, however, prefer to strip off in a more natural and less urban setting.

Even so, the large new nudist area created in the woods of Vincennes has not pleased everyone.

Neighbouring suburban councils controlled by France's right-wing parties opposed the plans, which were pushed through by the Socialist mayor of Paris, Anne Hidalgo, and her Green allies.

"The area is screened off with trees so it is not imposing on anyone," Amato said, arguing that other major European cities like Berlin, London, Stockholm and Munich have long had official areas reserved for nudists.

Johnny, 70, one of the nudists enjoying the summer sun in the newly created forest glade, hailed its creation.

"It's great. We no longer have to do this secretly or be clandestine anymore and it allows us to show that there is nothing untoward happening."

He insisted that naturism was a great way of meeting people since social barriers disappear. "No one is judging you by what you wear. No one is wearing a flashy Hugo Boss, or looking down on you for wearing Zara," he added.

On the rather fresh day AFP visited the clearing, only 50 nudists -- mostly men -- were enjoying the weak sunshine.

But organisers said that on warm days from April to October, up to 500 people descend on the spot to picnic or sunbathe.

Promoted
Listen to the latest songs, only on JioSaavn.com
This month, nudists organised a mass yoga class there, doing their sun salutations and downward-facing dog poses together, while on Sunday hundreds are due to visit the Aventure Land theme park near Paris.

Johnny, however, has no time for such innovations. He much prefers strolling in a sylvan setting far from urban fripperies, and a man standing nearby criticised the ANP for organising the much-publicised art gallery visit.

"It is very snobbish and typically Parisian thing to do. I don't see why anyone would want to do that," he added.

Despite the bids to renew its image, old taboos about nudism are still difficult to shift.

A gay couple admitted they would never come out to work colleagues about being naturists, and said that they only found out about the nudist area in the woods because colleagues at work were joking about it.

They said the area was very "gay friendly", though a neighbouring female nudist worried about peeping Toms sheltered behind three umbrellas.

Even so, Nadia Sabah rejoiced in her new-found freedom. "I started taking my clothes off in the woods here 10 years ago but the police would come and reprimand me," she added.

Women tend to be a minority in the naturist community, Amato admitted, but he said the number of female members of his group has recently exploded, from three to 70.