After Controversy, "Cancelled Ola Cab" Is Now A Hilarious Meme

Twitter countered the hate in the best way possible - with a healthy dose of humour. Scroll down to read some of the funniest reasons people came up with for cancelling their Ola cabs. 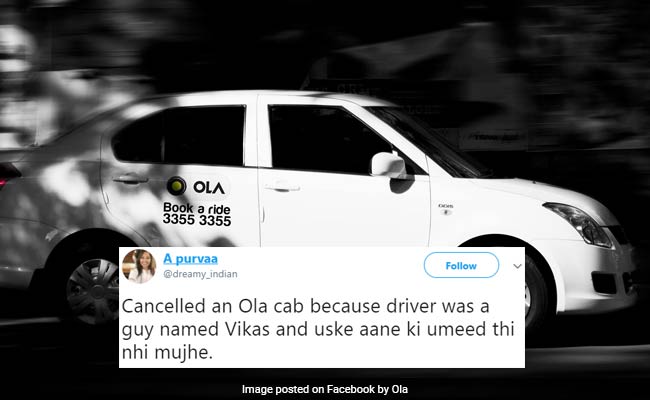 Amid anger and outrage, many on Twitter reacted to the Ola cab controversy with humour

New Delhi: A tweet by a man who claimed he had cancelled an Ola cab booking because the driver was Muslim went viral over the weekend. Abhishek Mishra tweeted that he cancelled his booking because he did not want to give money to "Jihadi People." Amid anger and outrage, many on Twitter reacted to the controversy with humour. The phrase "cancelled Ola cab booking" quickly became a meme with thousands tweeting their reasons for cancelling their cabs.

There were plenty of sly digs:

Cancelled an Ola cab because driver's name was Achhe Din and it's been 4 years now and he's still not here.

Vijay Mallya, Nirav Modi and Lalit Modi - all who fled India after defaulting on huge loans - were targets too.

Surprisingly, there were a lot of Sachin Tendulkar jokes:

Canceled my Ola Cab because driver's name was bumrah and he was crossing lines. #MIvRR

Fans of Mahendra Singh Dhoni-led Chennai Super Kings also jumped in with this:

Cancelled Ola Cabs because it cant seat 1000 . So we booked the #WhistlePoduExpress.

Canceled an Ola Cab booking today because the driver's name was Atif and he screamed "Hum kis gali ja rahe hain" on the call.

This Twitter user had a pretty legitimate reason to cancel his booking to be honest. We're not sure we'd want to get into a cab driven by someone named after the God of Death:

Cancelled my Ola ride because,
I want to live man!!  pic.twitter.com/6kW5sqyTi1

And this person was pretty honest about why he cancelled his Ola cab booking: it was all for social media.

The man who cancelled his Ola cab claims he is an active member of the Vishwa Hindu Parishad and Bajrang Dal -- both affiliates of the BJP's ideological mentor Rashtriya Swayamsevak Sangh -- and "holds responsibility" of the IT cell of the VHP.

In a response that earned plenty of praise on social media, Ola tweeted: "Ola, like our country, is a secular platform, and we don't discriminate our driver partners or customers basis their caste, religion, gender or creed. We urge all our customers and driver partners to treat each other with respect at all times." Click for more trending news