Ayesha missed out on shaking Sheikh Mohamed's hand during a welcoming ceremony. 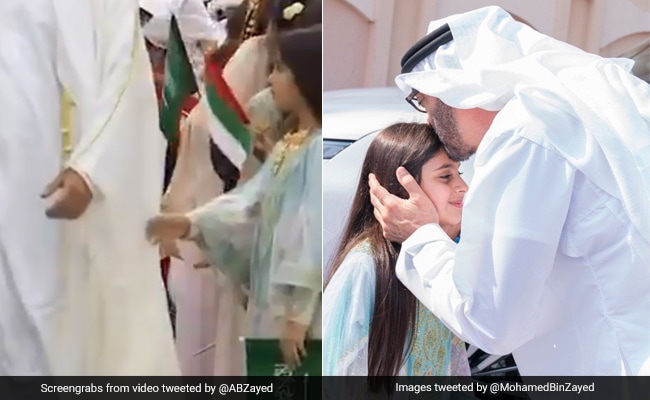 The Crown Prince of Abu Dhabi visited Ayesha Al Mazrouei at her home.

Sheikh Mohamed bin Zayed, Crown Prince of Abu Dhabi, visited the home of a girl who missed out on shaking his hand during an event. Sheikh Mohamed paid a visit to Ayesha Al Mazrouei at her home in Abu Dhabi, UAE, on Monday to make up for passing her during a welcoming ceremony last week, reports The National.

Ayesha was one of the children selected to welcome Mohammed bin Salman, Crown Prince of Saudi Arabia, to the Presidential Palace in Abu Dhabi on Wednesday.

A video shared by UAE's Minister of Foreign Affairs and International Co-operation, Sheikh Abdullah bin Zayed, shows her lining up at the red carpet, her hand outstretched to shake the royal's hand as he walked by her. She even changes her position to have a better chance of shaking his hand, the video shows. However, to Ayesha's disappointment, Sheikh Mohamed missed out on her as he walked down the carpet.

To make up for the oversight, Sheikh Mohamed visited Ayesha and her family. "Today I visited the child Aisha Mohammed Mushait Al Mazrouei and I was happy to greet her and meet her family," he wrote on Twitter, sharing pictures from the visit.

Sheikh Mohamed reportedly interacted with the family for some time and posed for photographs before leaving.

The photos, shared on Monday, have collected over 20,000 'likes'. Many have praised the Crown Prince in the comments section.

According to Khaleej Times, Ayesha and her family expressed their happiness at Sheikh Mohamed's visit.