A Pair Of Jeans Saved Him From Drowning At Sea. Here's What He Did

"Luckily, I knew the trick with the jeans," he says. "Without the jeans I wouldn't be here today. They were really the thing that saved me." 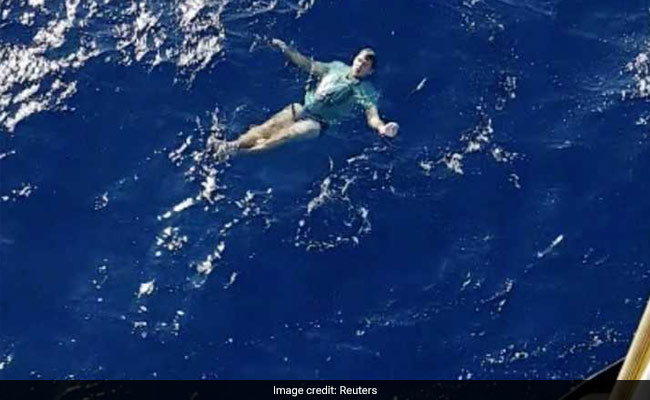 A German yachtsman credits his jeans for saving his life (Reuters)

Knocked overboard in rough seas off New Zealand, a German yachtsman credited his jeans with saving his life after fashioning them into a make-shift life jacket that kept him afloat for over three hours before his rescue by coastguards.

Arne Murke, 30, was sailing with his brother in Tolaga Bay, on the east coast of New Zealand's north island, on March 6, when the yacht's boom swung unexpectedly, whacking him into the water.

Unable to reach the life jacket thrown by his brother, Murke was soon carried far off by the swell.

"Luckily, I knew the trick with the jeans," Murke told the New Zealand Herald newspaper. "Without the jeans I wouldn't be here today. They were really the thing that saved me."

He made knots at the end of the legs and pulled them over water to get air inside and then forced them under to trap the air and create an improvised life vest.

A rescue helicopter managed to locate the German about 3 1/2 hours after he was knocked overboard. Images of Murke floating in the water while being rescued have been circulating on the internet.

"It was fortunate the yacht had both a VHF radio and emergency beacons (two) to raise the alert," Rescue Coordination Centre NZ Senior Search and Rescue Coordinator Chris Henshaw said in a statement on the agency's website after the incident.

"Without appropriate communications devices and beacons it may have turned out differently." Henshaw said.

The newspaper said the brothers, who had been tourists in New Zealand, had taken a commission to deliver the yacht, Wahoo, to Brazil.