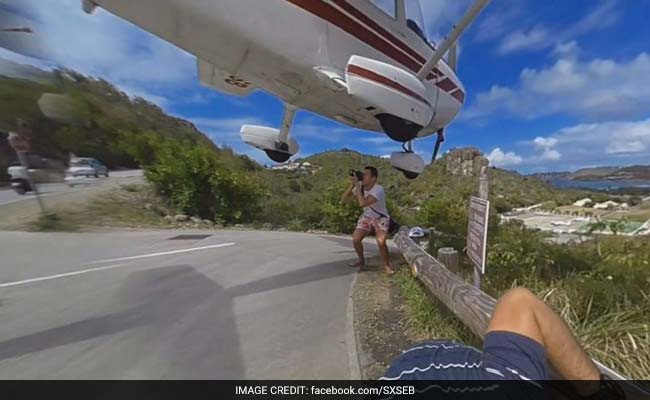 In a shocking 360-degree video, a tourist stands in the way of a small plane and ducks just in time

A man trying to photograph a plane landing at the airport in St. Barts nearly got bumped in the head.

A 360-degree video (scroll down) that's making international headlines catches the very close shave. The man, an American tourist, ducked just in the nick of time. 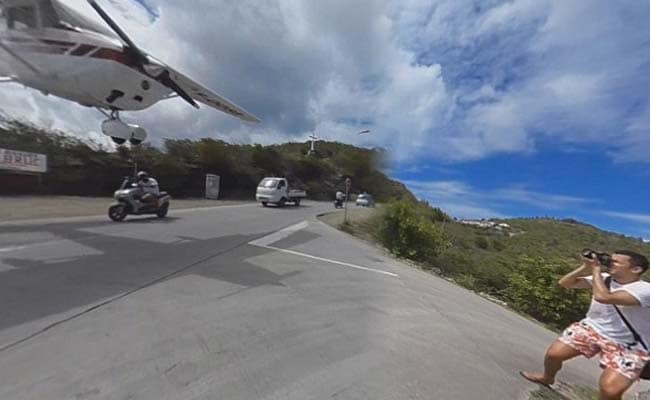 The terrifying moment when a plane almost hit a tourist while landing on the Caribbean island of St. Barts

Mekki Jaidi told CNN, "It was hard to judge given I was just looking through the viewfinder (of the camera) then entire time. I instinctively just ducked." 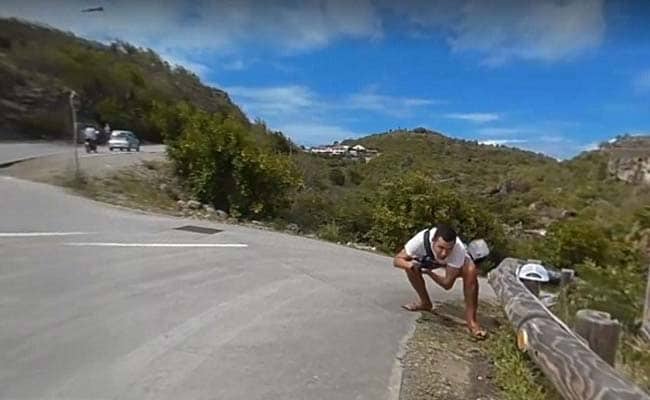 The airport does have signs up warning people to be careful. Jaidi said he was on a public road and not in a restricted area. "I just wanted a closer view," he said.

Mashable reports, "It's hard to tell if the 360 video throws off the perspective at all, but the plane's landing gear appears to nearly make contact with the man, who is trying to take a photo of the craft."