10 Indian Candy Brands We Want to See Make a Comeback 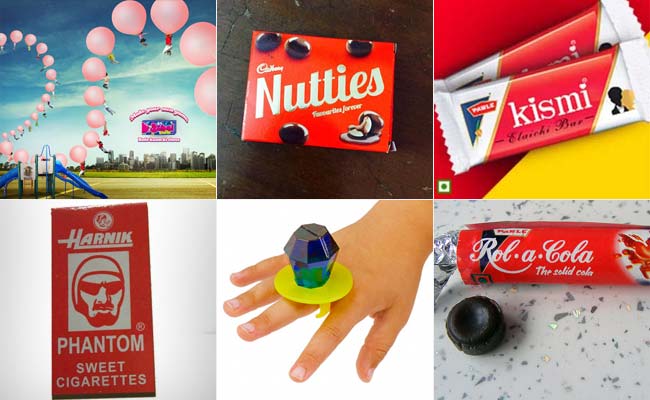 As new packages of the old favourite Nutties flood the markets, we are craving a bit of a blast from the past too. So much so, that we want to see some of these bad boys back on the shelves soon. We pick our favourite desi candies that need to make a big comeback, like now.

1. Pan Pasand
The ads were as memorable as the candies. You knew that the red boiled sweet flavoured more like liquorice than pan were an instant hit when you came back home with your mouth stained red.

2. Phantom Cigarette
You'd often do a double-take when you'd see someone chewing on these peppermint-flavoured candy sticks because they looked so much like the real thing. But more often than not, you'd just want, no, need that sweet fix

3. Mango Mood
Was it those creepy mangoes in the ad that did the trick? Or the yellow and green wrappers? Whatever it was, these little suckers were tasted so artificially mango, that they were just so right.

4. Rola Cola
You might have been eating a candy but you were really thinking of sipping a tall glass of cola when you popped that coin-sized boiled sweet into your mouth. Now in this age of the diet drinks and zero calories drink, we say bring the original cola flavour back.

5. Ring Pop Lollipop
It was like the joke never-ended. You'd get a ring pop and pretend you were engaged. While the whole idea of the candy was that you wouldn't make such a mess, you'd always end up with sticky hands.

6. Kismi Bar
A toffee shaped into a bar, Parle's Kismi Bar was considered to be a faux chocolate because of it looked. Cardamom flavoured and priced at barely Rs 2 a bar, this was a popular choice for those last few days of the pocket money.

8. Hi Toffee
This chewy taffy-like toffee was extremely forgettable but for its ad which bordered on strange. Having said that, this was the toffee that would always end up getting stuck in your teeth, so the chances of getting caught with candy was always higher.

9. Swad
The checkered brown and white wrappers were as much a staple in the kitchens as they were in our pockets. These digestive candies tasted distinctly differently from their competitors Hajmola because they were sweeter and a lot tangier.


Promoted
Listen to the latest songs, only on JioSaavn.com
10. Coffee Bite
Coffee ya toffee? This was the eternal question. But the name Parry's Coffee Bite stayed etched in our minds forever. Now we want them again.