One-Year-Old Missing Near Delhi For 12 Days 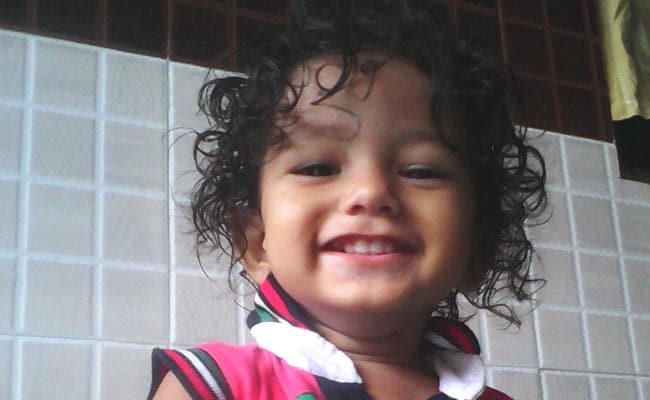 Noida: A one-year-old boy, Abhinav, has been missing since September 26 from Noida near Delhi. The case has surfaced days after three-year-old Jahnvi Ahuja went missing for eight days before she was found.

The police have formed three teams to look for the child and are also using social media, which is believed to have played an important role in Jahnvi's case.

Abhinav's mother says she left him for barely two minutes while he was playing with other children at the gate of their home in the crowded Bishenpura area in Noida. When she returned with a change of clothes for him, he was missing.

"They live in a one-room flat in a very congested area. There has been no ransom call so far. We have put out posters and are using social media," senior police officer Vishwajeet Srivastava told NDTV.

The child's family complains that the police did not react fast enough; they did not even hand over a copy of the FIR or police complaint for three days and no police officer visited them, they allege.

Jahnvi Ahuja, who went missing from Delhi's India Gate on September 28, was found on Sunday with her head shaved and a placard with her name around her neck. The child was with her family at the crowded lawns near the India Gate memorial when she disappeared.

Promoted
Listen to the latest songs, only on JioSaavn.com
The girl's family had suspected that she had been kidnapped, but said they hadn't received any call for ransom. A poster with her photo, along with an appeal to help trace her, soon went viral on social media. The family sent one lakh WhatsApp messages in a "Bring Back Jahnvi" campaign that they say helped trace her.

The police suspect Abhinav's case could be similar to that of Jahnvi as there has been no ransom call. Delhi Police is investigating the possibility that Jahnvi was kidnapped either by an organised gang or a childless couple.