Noida Metro Plans Expansion, Will Connect These Sectors To The Delhi Metro

The Noida Metro currently operates the Aqua Line which connects Noida and Greater Noida, covering 21 stations over a distance of 29.7 km between the twin cities in Gautam Buddh Nagar. 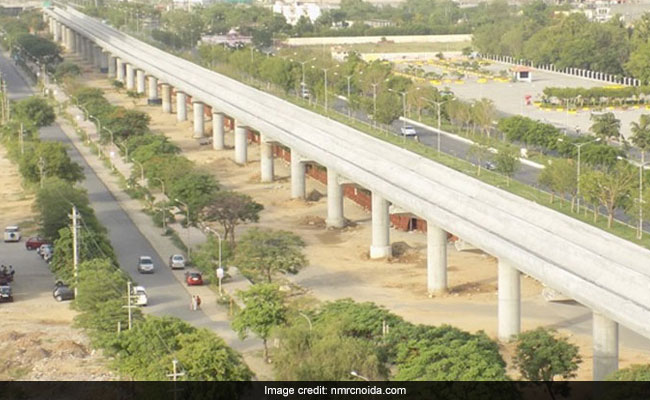 The changes have been sought in the detailed project report prepared by the Delhi Metro Rail Corporation for the Noida Metro, the officials said.

A review meeting was held in Noida recently under the chairmanship of NMRC's Managing Director Ritu Maheshwari to discuss issues related to the metro rail service.

"The DMRC (Delhi Metro) gave a presentation on a revised detailed project report from Sector-142 to Botanical Garden and explained the alignment, expected ridership, and estimated cost.

"Thereafter, the Managing Director of NMRC directed officials to revisit the alignment of DPR from Sector-142 to Botanical Garden to cater for the need of maximum commuters," the Noida Metro said in a statement.

The NMRC currently operates the Aqua Line which connects Noida and Greater Noida, covering 21 stations over a distance of 29.7 km between the twin cities in Gautam Buddh Nagar.

One more metro rail corridor is proposed to connect Noida and Greater Noida (West), also known as Noida Extension, while the one between Noida Sector 142 and Botanical Garden is in its initial stages, the NMRC's communications in-charge Nisha Wadhwa said.

"Currently, five stations are proposed on this route -- Sector 91, 98, 98, 125 and Botanical Garden (which is already an interchange station on the Delhi Metro's Blue Line)," Ms Wadhwa told Press Trust of India.

The work for the corridor between Noida and Greater Noida (West) is in advance stages and would be completed before this stretch is taken up for development, she added.

During the meeting, Ms Maheshwari was also given a presentation on upgrading the NMRC App.

"The app will integrate last-mile connectivity service provider through collaboration and at a later date, this will provide space for commercial advertisement," according to a statement.

"This initiative will ultimately enhance the ridership and generate fare as well as non-fare box revenue. The Managing Director of Noida Metro further directed officials to upgrade the app by providing an e-wallet facility for ticketing," it added.