1 Dead, Many Injured In Multi-Vehicle Pile-Ups Due To Fog In Greater Noida

Around 15 to 20 vehicles piled up in the crash on the Eastern Peripheral Expressway in the Dankaur in the morning, officials said. 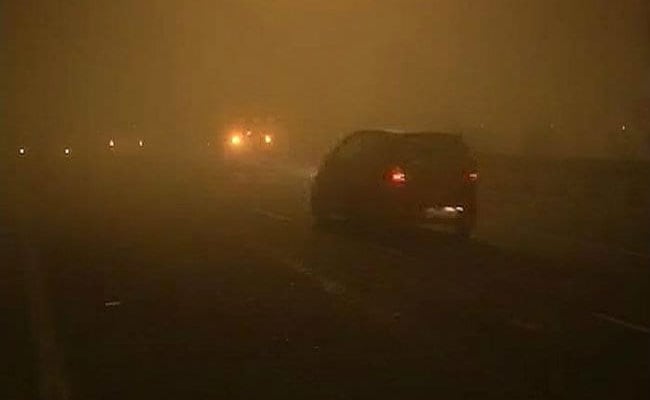 One person was killed and over a dozen people injured in separate multi-vehicle pile ups due to fog on two expressways in Greater Noida on Monday, officials said.

Around 15 to 20 vehicles piled up in the crash on the Eastern Peripheral Expressway in the Dankaur in the morning, they said.

"A truck had overturned on the expressway after which 15 to 20 vehicles piled up. All damaged vehicles have been removed from the road and the injured people taken to hospital," a police spokesperson said.

"One of the travellers on a tempo died in the crash, while four others were injured," the spokesperson said.

In another accident, a bus rammed into a truck on the Yamuna Expressway after which five to seven other vehicles piled up, the official said.

"Seven to eight people were injured in the pile up and were sent for medical treatment," the spokesperson said.

The accident took place on the Agra-Delhi carriageway of the expressway, he added.