The ruling BJP which controls the Nagpur Municipal Corporation was left embarrassed as the city was clearly unprepared to tackle the heavy rain. 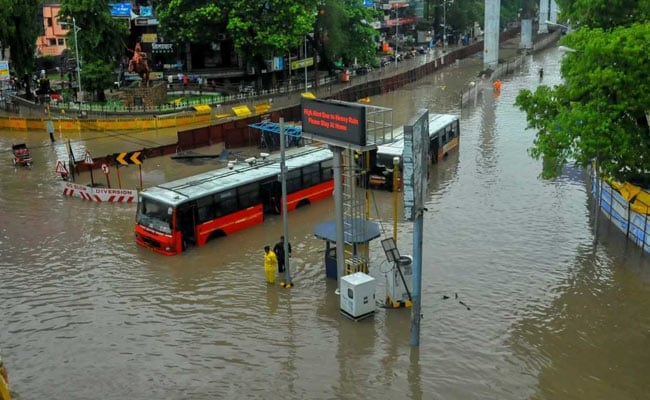 Airport operations were affected as both the airfield and terminal were waterlogged. In some areas, school children had to be rescued from a marooned bus in boats as several roads resembled rivers with water flowing through them. Deputy Commmissioner of Police Nilesh Bharane was himself seen pushing a school bus to safety, videos of which were shared on Twitter.

DCP Nilesh Bharane of @NagpurPolice himself rescuing school students with his team after heavy rainfall in #Nagpur#ProudPoliceman#NagpurPolice@DGPMaharashtra@Dev_Fadnavis@nitin_gadkari@nagpurcppic.twitter.com/MgbVM33EtW 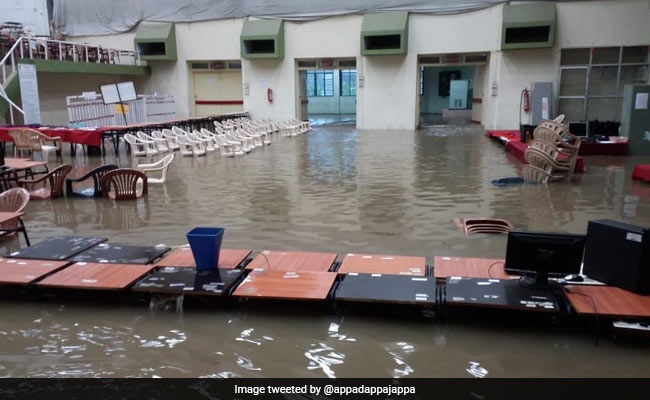 The Nagpur District Collector has declared a holiday for schools on Saturday after heavy rain alert was sounded for the next 48 hours in the region.

The monsoon session of Maharashtra Assembly had to be adjourned for an hour on Friday, after low lying areas of the Vidhan Bhavan were flooded following torrential rain and power cut.

Chief Minister Devendra Fadnavis had to call a meeting of the leaders of various parties in the Speaker's chamber, where a decision was taken to adjourn the House for the day.

The ruling BJP which controls the Nagpur Municipal Corporation was left embarrassed as the city was clearly unprepared to tackle the heavy rain. 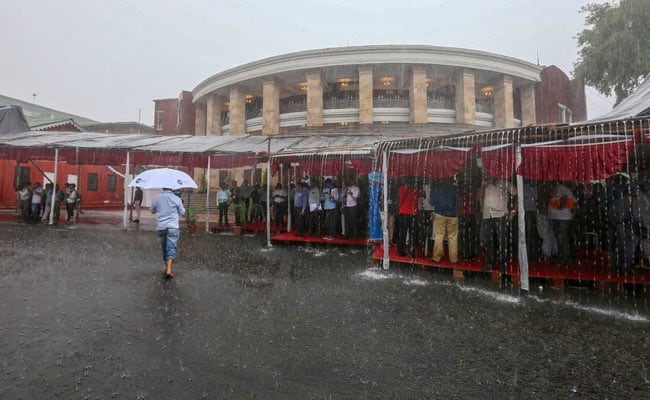 The monsoon session of Maharashtra Assembly had to be adjourned. (PTI)

An embarrassed state energy minister Chandrashekar Bawankule said it was for the first time that rain has affected the legislature proceedings. "This happened because maybe the drainage was not cleaned," Mr Bawankule said, adding that the water level is receding and the situation will soon be normal.

Visuals from other parts of the city showed motorbikes being swept away by the water that was flowing through the streets.

Shiv Sena, an ally of the ruling BJP in the state was quick to criticise the government. "Had this happened in Mumbai, there would have been a barrage of criticism against the Sena-run Mumbai civic body. Everybody would have demanded an inquiry against the Brihanmumbai Municipal Corporation," Shiv Sena leader Sunil Prabhu said.

Opposition Leader Ajit Pawar, who belongs to the NCP, also said, "Government should have cleared the drainage system before monsoon season. This blockage of drainage led to the water logging in the assembly. Assembly session could not take place today due to water logging and no electricity supply. If they have called the session here, proper arrangements should have been made."

Mr Fadnavis visited the Nagpur Municipal Corporation control room to take stock of the situation and relief measures in Nagpur as the heavy rain continued. The Chief Minister also reviewed the measures taken in other parts of the district with senior officials.

Nagpur is witnessing very heavy rain since last night. Residents have been posting pictures of extensive flooding on the social media, criticising poor infrastructure facilities and lack of preparedness.

If you ever want to see how to totally mess up a perfectly beautiful city, come to #Nagpur . Every road especially those which were concreted has become a river. Houses are inundated with water. If you don’t pay jeep to basic design this is the hell you create. pic.twitter.com/XGsyRJYFyY