Deorao Tijare said he is still a Congress member and actively involved in politics. 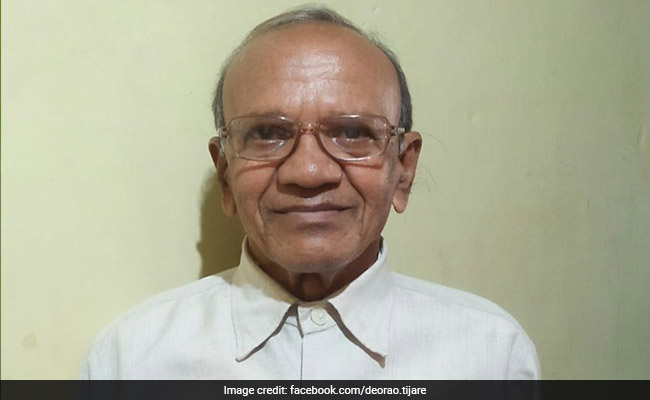 A 72-year-old former corporator in Nagpur, who was once the chairman of the civic body's standing committee, now works as a security guard at a city-based institution in which he was a trustee in the past.

The former corporator, Deorao Tijare, said he works as a guard in order to financially support his family.

Tijare first became a corporator in 1985 from Shanti nagar ward of the city. In 1991, he became the chairman of standing committee of the Nagpur Municipal Corporation (NMC) and trustee of the Nagpur Improvement Trust (NIT). He was elected corporator for the second time in 2002 from the same ward as an NCP candidate.

Talking to PTI on Saturday, Tijare said that veteran politician Datta Meghe was his godfather in politics.

When asked why he was working as security guard after being in politics for so long, Tijare said, "I have to do this due to the financial constraints and to support my family. I have been working as a security guard since the last 4 to 5 years. I earn around Rs 7,000 per month."

He said he used to get commission through property deals earlier. But since the real estate sector was going through difficult times, he had to turn to this profession.

Tijare said he is still a Congress member and actively involved in politics.

"I work as a guard at night and carry out my political commitments during the day," he said.