The stampede at Garibnath temple took place despite heavy security arrangements by the police. 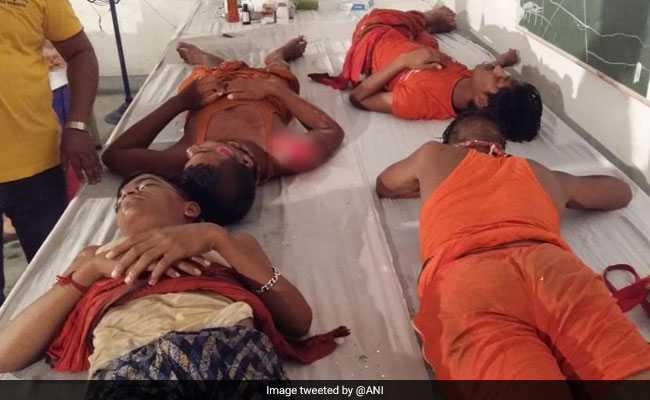 The injured have been shifted to a nearby hospital in Muzaffarpur.

At least 15 people were injured in a stampede at Garibnath Temple in Muzaffarpur on late Sunday night.
The injured have been shifted to a nearby hospital.

Kanwar pilgrims had gathered at the temple to offer holy Ganga water at the temple on the third Monday of the Shravan month, according to the Hindu calendar.

Reports say that a temporary divider made on Aamgola over-bridge broke down and some pilgrims  jumped from the over-bridge after the stampede took place.

The situation was brought under control, and the movement of devotees was maintained after that. No deaths have been reported so far.

The stampede took place despite heavy security arrangements by the police. More than 800 police personnel were reportedly deployed at the famous Garibnath temple where Shiva devotees gather during annual Kanwar pilgrimage to offer holy Ganga water that they fetch from Uttarakhand.