Mumbai Kamala Mills Fire: Eleven of the dead are women, mostly in their twenties and early thirties. Most of the bodies were found piled up near a women's washroom, witnesses said. The police said the deaths were because of suffocation.

Mumbai: A young woman celebrating her birthday and her friends were among 14 people who died in the fire at a trendy rooftop pub in Mumbai's Kamala Mills complex late last night. In a video taken on a mobile phone, Khushboo Mehta, 28, is seen cutting a chocolate cake while laughing and joking with them. "Happiest Birthday Khushi", says the Snapchat caption.

Khushboo's body was identified by her husband.

"My granddaughter has died. It was her birthday today. No one bothered to check...this restaurant had no fire extinguisher, no equipment to put out fires, no proper outlets. The civic bodies and police did nothing," said Khushboo's grandfather. 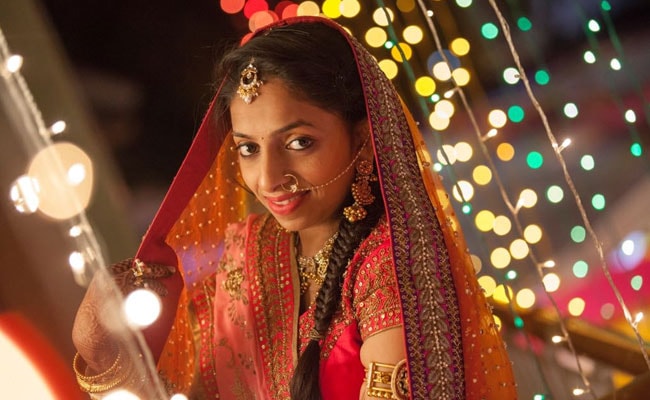 The police said that Khushboo's body was identified by her husband.

Eleven of the dead are women, mostly in their twenties and early thirties. Most of the bodies were found piled up near a women's washroom, witnesses said. The police said the deaths were because of suffocation. Many could not find emergency exits. Firemen found that there were no extinguishers and there were illegal structures that exacerbated the fire.

The birthday party was at the "1 Above" restaurant of the four-storey building. There were over 150 people on the top floor of the building when the fire broke out around 12.30 am. The flames, helped by a false ceiling made from highly inflammable dry bamboo, spread rapidly to "Mojo's Bistro" next door. 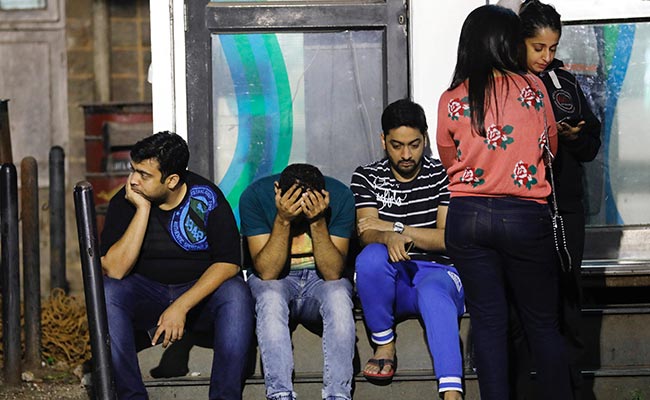 Friends of one of the victims killed in the fire wait at a hospital in Mumbai. (Reuters)

Kamala mills in central Mumbai is among the sprawling mill compounds that have evolved into maze of restaurants, pubs and offices over the years. Mushrooming restaurants in the 37-acre premises in Lower Parel have turned the complex into a popular hub for Mumbai's nightlife. Several media houses are also in the complex; the fire disrupted the broadcast of some channels.

Promoted
Listen to the latest songs, only on JioSaavn.com
It took more than three hours for firemen to bring the blaze under control. Both restaurants had been almost flattened by then. 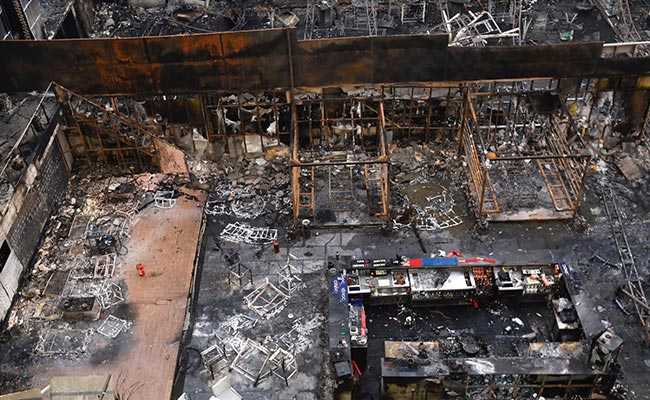 A view of the restaurants destroyed in the fire at Kamala Mills Complex in Mumbai. (Reuters)

A police case has been filed against "1 Above". An activist of the Maharashtra Navnirman Sena (MNS) said he had complained in October to the civic body BMC about illegal structures that could cause a disaster, but was told there was "nothing illegal". Chief Minister Devendra Fadnavis has ordered an investigation and action against officials. Five Brihanmumbai Municipal Corporation (BMC) officials have already been suspended.

Sulbha KG Arora, a Mumbai doctor, was at one of the restaurants when the fire broke out. After somehow escaping the blaze and the chaos afterwards, she shared her account. "Before we knew it, the whole place was engulfed in a matter of seconds. There was a stampede and someone pushed me. People were running over me even as the ceiling above me was collapsing in flames. Still don't know how I got out alive. Some powers were definitely protecting me," she said in tweets, calling the incident the "scariest thing I have ever survived".