Actress and show host Susheel Jangira alleged that she was abused and the rear-view mirror of her car was broken by an unidentified biker. 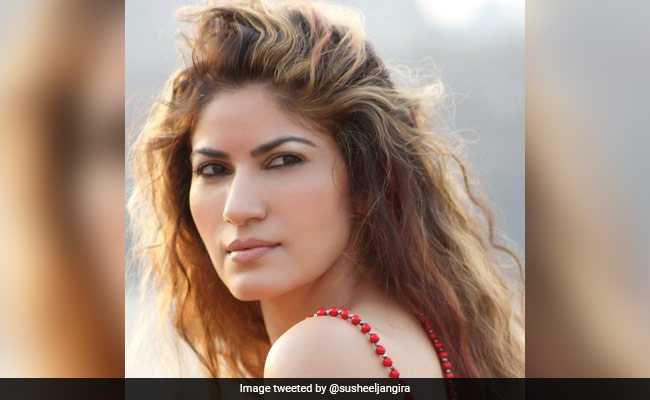 Suhseel Jangira said that when she started filming his video, he ran away.

Days after television actress Rupali Ganguly became victim of road rage, another actress and show-host Susheel Jangira alleged that she was abused and the rear-view mirror of her car was broken by an unidentified biker on Saturday afternoon around 3 PM in Mumbai.

Narrating her ordeal, Ms Jangira told news agency ANI, "A man on his scooty came and started banging at my car's door while I was driving in Andheri West and was just outside the IMPPA building. First I avoided him, but when he continued to bang the door in my moving car, I rolled my car's window down. He pointed at a few drops of water on his jeans."

According to Ms Jangira, the man started abusing her and was very aggressive. She got scared and closed her car's window. "He then broke the right-side rear view mirror of my car," the actress alleged.

Ms Jangira also pointed out that it was a busy road and she was driving at a slow speed, but no one came to her rescue. "When I started filming his video, he ran away," the actress said.

The actress then filed a police complaint at Amboli police station in Jogeshwari the same day.

I'm shocked & shaken over what has happened with me yesterday afternoon.
What is our Mumbai police doing to take care of these safety hazards in a women's day to day life? I deserve to live safely???
@MumbaiPolice@HMOIndia@PMOIndiapic.twitter.com/zi7B11ksGJ

The actress said that the man must be in his early twenties, but she was unable to note down his scooty number. She further said, "The police say they were unable to detect his number from the CCTV footage. I am amazed that around such a big office complex, how can his image or identification not be recorded on the CCTV camera."

"If I splashed water on his clothes, it was completely unintentional, but to react in such a way, to abuse a woman and cause damage to her car is not what one expects," the actress added.

The police has registered a case of non-cognisable offence in the matter.

Last week, actress Rupali Ganguly, who was driving with her son, alleged that her car's window was broken by a biker after her car accidentally brushed past him. The shards of the glass left her bleeding, she said.

Over 40,000 Police Officers Deployed On Mumbai Roads For Holi