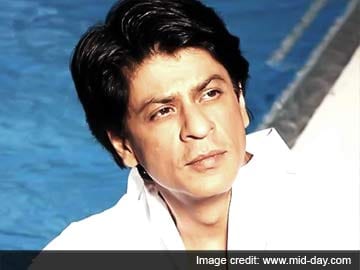 Mumbai: Superstar Shah Rukh Khan's driver was arrested by the Bandra police yesterday for raping a minor. The 17-year-old survivor used to work as a maid at the house of a Bollywood actress.

The accused, Rajendrakumar Gautam alias Pintu Mishra (34), a resident of Asalpha in Andheri (East), allegedly befriended the survivor on the pretext of offering her a job and then lured her to a hotel in Nallasopara, where he raped her.

According to the Bandra police, the 17-year-old had come to Mumbai five months ago from her hometown, Latur, where her mother stays. She got a job as a maid in the house of the actress.

Gautam spotted her somewhere and decided that he wanted to meet her at any cost.

Gautam managed to get hold of the girl's number through a common friend and called her up on June 18. He said he could get her a good job, where she would get a high salary and work with a superstar.

The girl and Gautam then started speaking to each other regularly and he even took her to Shah Rukh's bungalow once.

In the course of their conversations, Gautam convinced the survivor to quit her job, which she did on June 20.

Officials said she then came to meet Gautam, who had promised to take her to his home in Nallasopara, despite not having a house there.

They spent some time in Bandra and left for Nallasopara in the afternoon.

Gautam took the girl to a hotel and when she asked why they weren't going to his house, he said his family was home and they wouldn't let her in.

Officials said Gautam raped her the same night and threatened her with dire consequences if she spoke of the incident. Devastated, and with nowhere to go, the girl came back to Mumbai on June 21. She gathered some courage and filed a complaint against Gautam yesterday.

"The girl was inconsolable and traumatised. She has no one here in Mumbai and is the only earning member of her family. She has now decided to move back to her home in Latur with her mother," said an officer from the Bandra police station.

Gautam was arrested in the afternoon and has been charged under Section 376 (Rape) of the IPC. He will be produced in the Sessions Court today.

A source close to Shah Rukh Khan said, "The driver arrested has nothing to do with SRK or his family. He has driven the car for the kids on a few occasions. Otherwise, he drives one of the vehicles that are part of Khan's convoy."

Promoted
Listen to the latest songs, only on JioSaavn.com
The girl was inconsolable and traumatised. She has no one here in Mumbai and is the only earning member of her family. She has now decided to move back to her home in Latur with her mother - An officer from Bandra police station.