Read inOther Languages
This Article is From Jun 25, 2018

"Around 4 am, there was a deafening sound and the boundary wall of our complex came crashing. After that the road where we park our cars caved in. It was almost like a landslide and 15-20 cars went with it," a resident described

The wall collapsed around 4 am and at least 20 vehicles went down after the road caved in.

Mumbai: A portion of a wall at an apartment complex in south Mumbai collapsed this morning following incessant rain, which led to a road caving in and taking down at least 20 parked cars. Dramatic visuals from the 32-storey Lloyds estate in Wadala's Antop Hill show several cars buried or stuck in debris.

Mumbai's civic body and firemen vacated an entire wing of the building, which is home to several bankers and businessmen. All residents are safe, an official of the Brihanmumbai Municipal Corporation's (BMC) disaster management cell said.

A resident of the complex told NDTV some residents are still inside the complex and others have temporarily moved in with friends and relatives. We are waiting for the structural engineer's clearance just to be safe, he said.

"It has been raining continuously for the last few days and around 4 this morning, there was a deafening sound and the boundary wall of our complex came crashing. After that the road where we park our cars caved in. It was almost like a landslide and 15-20 cars went with it," he described. 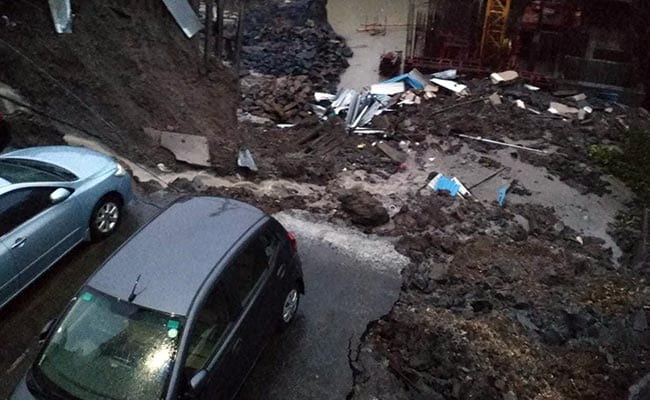 An entire wing of the building has been evacuated. 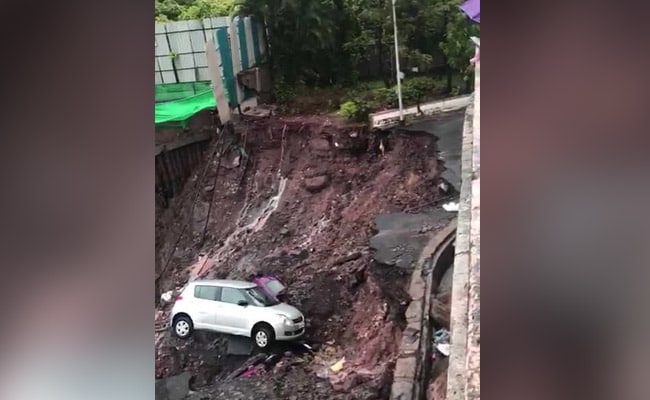 Residents claim that construction activity in the neighbourhood had weakened the wall.

Construction work next door reportedly weakened the boundary wall of the parking area, which gave away in the rain, residents said.

"We had alerted the authorities but no action was taken. The wall collapsed this morning after heavy rain," said Anila Pillai, a consultant, who also lives in the complex. 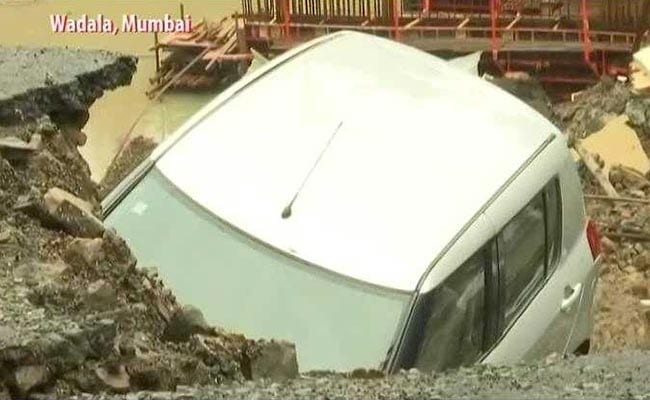 #Lloyds#Wadala lost their compound & wall due to #DOSTI construction site next door... Ground Compound & Construction collapsed at 4 am today. But lloyds building people have been asked to evacuate asap.. #MumbaiRains#Landslide@RidlrMUMpic.twitter.com/ShbzFVmcwX

"This is the first extremely heavy rainfall recorded in Mumbai in the current season. The rain intensity has gone up since yesterday afternoon and is expected to continue further," he said.

Promoted
Listen to the latest songs, only on JioSaavn.com
Three people have died in rain-related incidents in Mumbai and Thane in the last 24 hours. The downpour led to water-logging in subways in suburbs of Andheri, Khar and Malad, severely impacting the rush hour traffic. A container broke down on a bridge on the Eastern Express Highway, which also put the traffic in the slow lane.

The Mumbai Police said they are prepared. "The showers are heavy but so is our 'bandobast' on the streets to 'be there' for Mumbaikars. We are #AlwaysUpForDuty to help you reach your destination with a little care & caution from you during your journey #RoadSafety #MumbaiRains," the official handle tweeted.