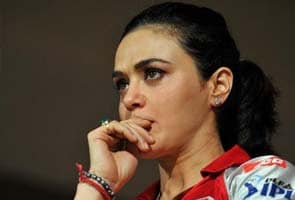 Mumbai: A Mumbai court today issued a non-bailable arrest warrant against Bollywood actress Preity Zinta in connection with a bounced cheque of over 18 lakh rupees.

The case was filed by Abbas Tyrewala, dialogue writer of the movie 'Ishkq in Paris', released last year, after a cheque of Rs 18.9 lakh bounced.

He said the court issued the non-bailable arrest warrant despite him telling that the actress was out of the country.

Promoted
Listen to the latest songs, only on JioSaavn.com
The court had earlier imposed a fine of Rs 5000 on Ms Zinta for not appearing at the hearing.