The airport officials retrieved the owl and later handed it over to the Mumbai airport's fire department, who released it. 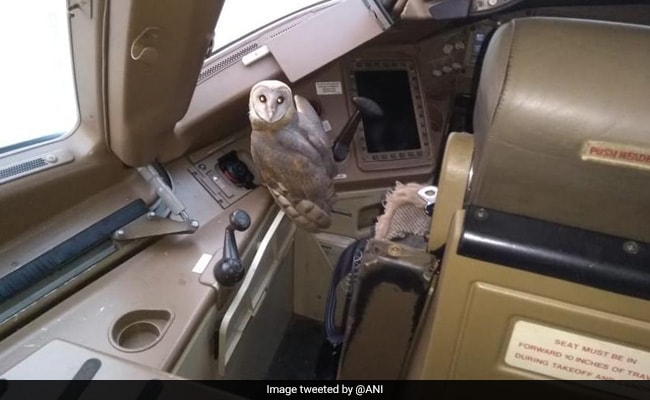 The owl was perched next to the flight commander's seat

Flight engineers at Mumbai airport were greeted by a surprise visitor today when they entered the cockpit of a Jet Airways Boeing 777 parked overnight.

Perched by the window beside the flight commander's seat, with its heart-shaped face, was a Barn Owl.

The airport officials retrieved the owl and later handed it over to the Mumbai airport's fire department, who released it. The owl did not make a fuss when the airline staff tried to get it out, and some excited staff even managed to click selfies with the nocturnal bird, news agency IANS reported.

The owl may have entered the plane at night when one of its doors was open, hoping to find food, a ground staffer told IANS. 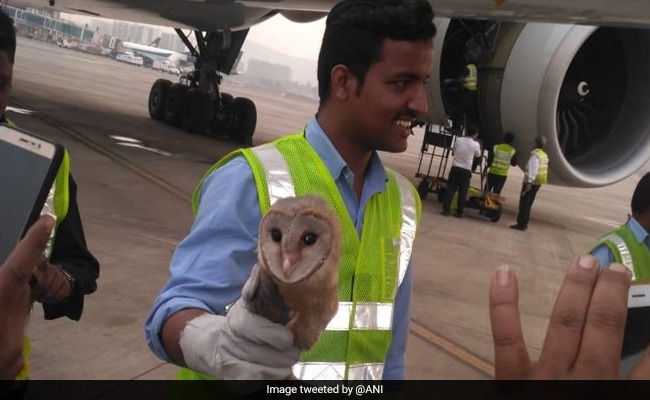 From evergreen forests in tropical areas to urban jungles, barn owls live in various habitats, according to the International Union for Conservation of Nature.

These medium-sized owls have long, rounded wings and short tails, which combine with a buoyant, loping flight to give them a distinctive flight style. The legs are long and the head is smoothly rounded, without ear tufts.

Barn Owls nest and roost in cavities, abandoned barns and other buildings, and dense trees. At night, Barn Owls hunt by flying low, back and forth over open habitats, searching for small rodents primarily by sound.