Documents for fixed deposits worth Rs 8.77 lakh with several banks and at least Rs 1.5 lakh in coins were found at the home of a beggar who died in an accident in Mumbai, the police said.

The policemen who walked into the dilapidated one-room home of the beggar, Birju Chandra Azad, could not come out for some time - they had to spend hours counting the bagful of jangling coins that tallied up to approximately Rs 1.5 lakh.

The beggar lived alone in the house at a slum in southeast Mumbai's Govandi. He left behind a voter identity card, PAN card and Aadhaar card, the police said. The room is littered with old newspapers and polythene bags.

"Birju Chandra Azad died in an accident while trespassing on railway track between Govandi and Mankhurd station," a senior police officer said. 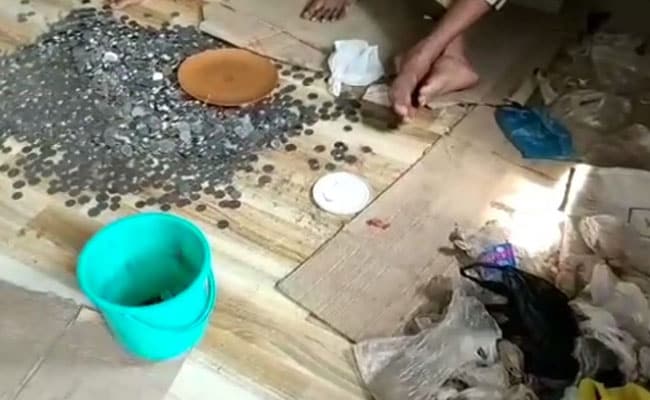 Mumbai Police are looking for family members or relatives of the beggar, who died in an accident

After the accident on October 4 that killed Mr Azad, the police traced his house to the slum in Govandi as they went looking for his relatives. That's when they stumbled upon the wealth that the beggar probably saved over a long period of time.

The police will for now contact the bank authorities to keep the fixed deposits safe. They have also taken the coins for safekeeping and are looking for any relative or family members.