'My mother looked on as uncle raped me' 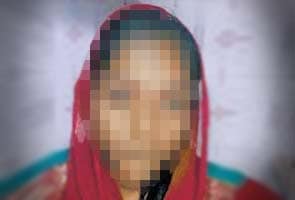 Mumbai: At the young age of 15, she has gone through more pain than most people do in a lifetime. Told by her mother, Khajabi Banu, that she was brought up solely to be a source of income for her, she was forced to work at a rubber factory at the age of 13 but even that was not enough for the monster mom.

Banu looked on and even encouraged her boyfriend, Raju Rathod, as he molested and allegedly raped her teenage daughter repeatedly and then forced her to have sex with strangers in her house so that she could get money to spend on liquor and the good life.

"My mother forced me to work in a rubber factory since I was 13. When I used to return home, she would take off my clothes and Raju uncle would force me to have sex with him in front of my mother.

I used to shout and try to run away, but my mother never cared. She used to tell me that she wanted money from me. 'I brought you up, so that I could earn from you,' she used to say. She would hit me if I refused to comply. This went on for nearly two years," said the victim.

Trouble began for her in 2009, when Banu met Rathod while running a catering service in Kurar village in Malad (East). The duo fell in love and conspired to evict the victim's father, Azgar Sheikh, from the house.

Sheikh's absence gave Banu a free hand to do as she pleased and she took to drinking. She forced her daughter, then 13, to work in the factory and hand over her income to her and then made her get into prostitution.

"She always wanted money for alcohol. Raju uncle used to get liquor and make my mother drink. He used to make me watch while they had sex and later forced me to do the same with him. He used to molest me all the time.

My mother would lock me in a room with Raju uncle and, soon, she began getting other people to have sex with me. There were times when I would run out of the house naked to escape the torment," added the victim.

On Sunday, Raju went to Banu's house in Kurar and started taking off her daughter's clothes. The girl began screaming, managed to escape his clutches and called her aunt, Samina Khan, from a PCO. Khan, who is Banu's sister, went there and took her to her home in Malvani.

"I had a feeling that they were harassing her all along, but I was not sure. When I got a call from her on Sunday, however, I felt that my worst fears had come true.

She was shivering and crying as she narrated all that my sister and her boyfriend had done to her. Khajabi never touched alcohol, but she became a drunkard after getting in touch with Raju. I can't believe they did this to the child. She deserves to be punished and I will see to it that they are behind bars," said Khan.

On learning that her daughter was at Khan's place, Banu, alongwith Rathod followed her there and threatened Khan with dire consequences if she did not let her go or complained against them.

They did, however, register a non-cognisable complaint against the duo for threatening Khan, said an on-duty officer.

A case was registered by the Kurar police on Monday morning when Khan went to them with her niece. "I will look into the matter," said Mohan Shanke, senior inspector, Kurar police station. Both Banu and Rathod are absconding and a manhunt has been launched.
Comments
RapeMumbai rapeGirl rapedMumbai girl rapedMother watches daughter rapeprostitution