The structural audit is required to be completed within one month and submitted with a detailed investigation. 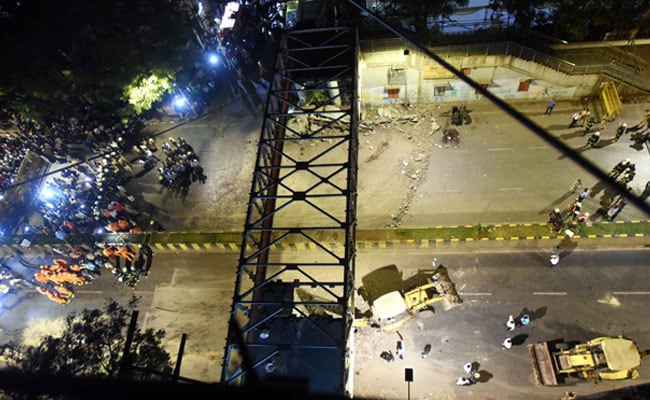 Six people died after a foot-over-bridge to the CSTM station in Mumbai collapsed. (FILE)

Mumbai's civic body, the Brihanmumbai Municipal Corporation (BMC), has directed one of their consultants to carry out inspections and review the structural audit report of 157 bridges in city on a "most urgent" basis.

The structural audit is required to be completed within one month and submitted with a detailed investigation. CV Kand Consultants Pvt Ltd has been assigned for the work.

The BMC has observed that the inventory report of the Chhatrapati Shivaji Maharaj Terminus (CSMT) Railway bridge had mentioned that the bridge was in good condition and this has happened due to "careless investigation of the bridge structure".

"The consultant is directed to do a re-inspection and detailed investigation of all 157 bridges and submit report and recommendation, if any within the prescribed period," read the BMC notice.

Earlier on Saturday, the BMC had filed its preliminary report in the CSMT bridge collapse case, outlining that diligent structural audit could have avoided the tragedy, which killed six.

The BMC has also ordered the suspension of an executive engineer and an assistant engineer along with placing one working and two retired engineers under departmental enquiry.