In the video posted on Twitter by filmmaker Ashoke Pandit, the woman, a Khar resident, is seen weeping for "help and justice". 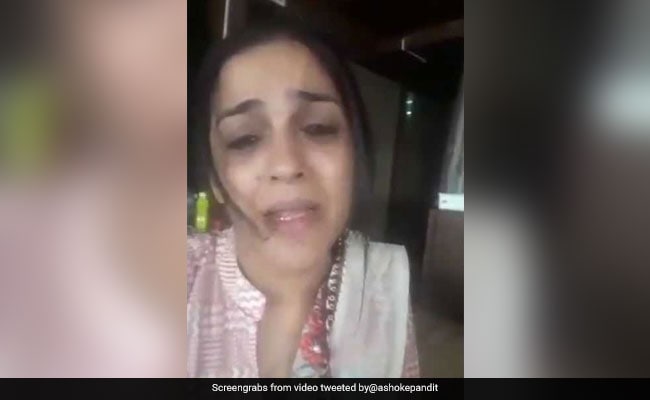 The woman has recently registered two cases against her husband.

Mumbai: A woman on Sunday through a video on Twitter sought police help against "torture" by her husband, an automobile businessman.

Police said they were looking into the matter and would take necessary action after investigations.

In the video posted on Twitter by filmmaker Ashoke Pandit, the woman, a Khar resident, is seen weeping for "help and justice".

"I have been "tortured" both mentally and physically by my husband. He has been "torturing me" for several years. I have been in the relationship just for the betterment of my children. But this man refuses to do the needful for my living", the woman said in the video.

Cry of a women goes unheard with #KharPoliceStation. @MumbaiPolice@CPMumbaiPolice. Please do the needful immediately before something untoward happens. #BetibachaoBetiPadao. pic.twitter.com/9DK5Bn1nJz

She further alleged that despite registering an FIR, police have not taken any action against her husband.

"Kindly help me, because this man will torture me mentally and end up my life. If I don't get justice I will end up tomorrow in the streets of Khar. Please give me justice," the woman said in the video.

A senior police official said the woman and her husband had a domestic dispute.

"The couple has three children and stay in a duplex apartment in Khar. While the husband and two kids stay on the eleventh floor, the woman along with their daughter stay on the 12th floor," the officer said.

He said the woman has recently registered two cases against her husband.

"One case was registered for house breaking, while another for criminal intimidation," he said, adding police is probing the matter and whatever action is needed will be taken.
Comments
Mumbai WomenTorture