Mumbai rain: The weather office has forecast continuous rain in Mumbai and heavy rainfall in nearby places today 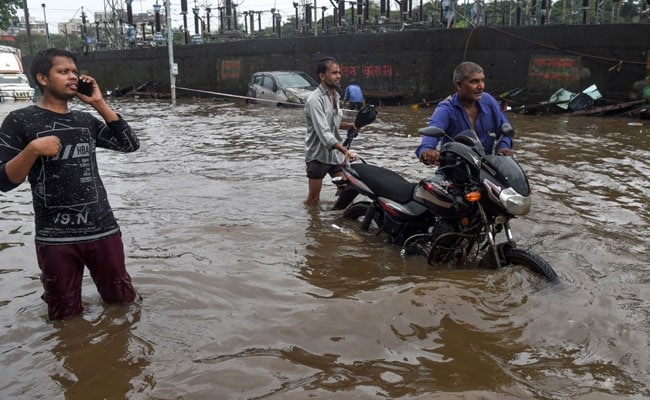 Mumbai rain: The weather office has forecast heavy rain in Mumbai and nearby areas

Mumbai: Rainfall resumed in parts Mumbai this morning after a lull overnight, adding to the difficulties that Monday office commuters in the country's entertainment and financial hub would face as rainwater flooded many parts of the city. The weather office has forecast continuous rain in Mumbai and heavy rainfall in nearby places today. All suburban trains are running except on the Kalyan to Karjat and Kasara route, said Central Railway spokesperson Sunil Udasi. "It's nature's fury, and the railway administration is doing everything possible for normalisation of services. Kindly bear with us and plan your journey accordingly," said Mr Udasi. The Maharashtra government has sought six more teams of the National Disaster Relief Force (NDRF) for Mumbai, Thane and Palghar to evacuate people if needed.