The baby, wrapped in a cloth, was found after some cats on the streets starting creating ruckus and alerted the residents living nearby. 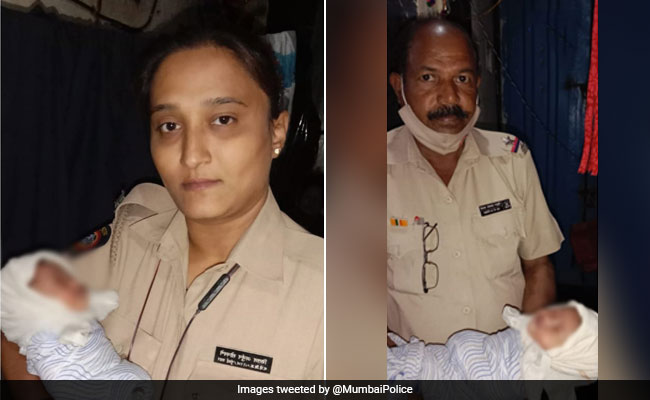 Nirbhaya Squad of the Mumbai Police rescued the baby from a drain.

A newborn baby was rescued from a drain by the Mumbai Police after it was spotted by some locals near Pantnagar.

According to a tweet by the Mumbai Police, the baby, wrapped in a cloth, was found after some cats on the streets starting creating ruckus and alerted the residents living nearby.

The Pantnagar police station was immediately informed and the Nirbhaya Squad of the Mumbai Police, that patrols crime hotspots in the city, rushed to the spot.

"The baby was rushed to Rajawadi (hospital) by the Nirbhaya Squad of Pantnagar police station and is now safe and recovering," the police said in a tweet posted alongside a picture of officials with the child.

Pantnagar P.stn received a call from a good samaritan that a baby, wrapped in cloth, was dumped in a drain. He was alerted when the neighbourhood cats created a ruckus. the baby was rushed to Rajawadi by the Nirbhaya Squad of Pantnagar P.Stn & is now safe & recovering. pic.twitter.com/nEGSDCD6wz

The identity of the baby's parents or the people who dumped it is still unknown. Further details are awaited.

Fire At Automobile Showroom's Garage In Mumbai; Five Fire Trucks At The Spot