With the latest cases, the measles tally in Mumbai so far this year has gone up to 303. 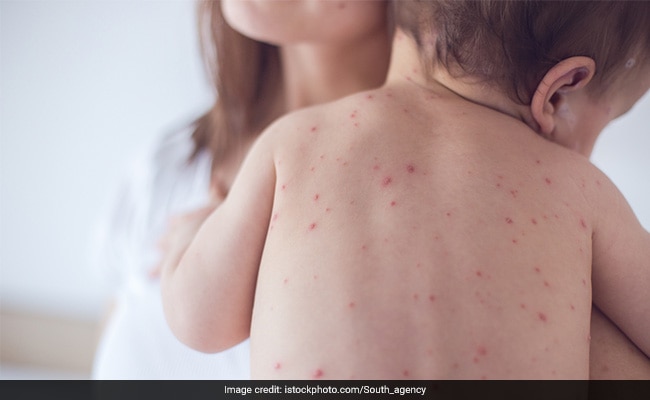 Death count from measles stands at eight in Mumbai (Representational)

Mumbai has reported 11 fresh measles cases and one suspected death amid the outbreak of the viral infection in the city, a civic official said.

With the latest cases, the infection tally in the metropolis so far this year has gone up to 303. The number of confirmed deaths from measles stands at eight and the suspected fatalities are three, the Brihanmumbai Municipal Corporation official said on Monday.

The civic body in a statement said Mumbai will inoculate 1,34,833 children in the age group of nine months to five years. They will receive the additional dose (special dose) in 33 health posts from December 1.

One death reported on Monday was of an unimmunised one-year-old girl residing in Andheri in the western part of the city, the statement said.

"It was a known case of congenital heart disease (ventricular septal defect and patent ductus arteriosus) and until two weeks back, the patient was admitted at a private hospital for treatment of the condition. She was admitted in the Intensive Care Unit (ICU) of Kasturba Hospital here on Saturday with fever, rash and difficulty in breathing," the civic body said.

Her condition deteriorated and she passed away at 1.30 pm, with the cause of death being cited as acute respiratory failure, measles with bronchopneumonia in a case of ventricular septal defect with patent ductus arteriosus, the civic statement said.