Anil Chaugani was driven by the superstitious belief that sacrificing human life will solve all problems of his life, the police said on Monday. 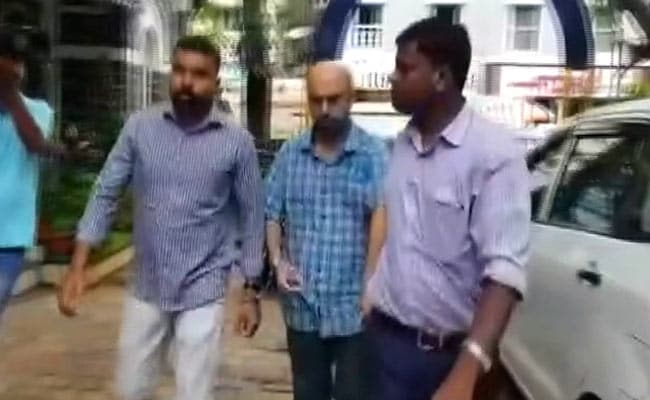 Mumbai man Anil Chaugani, who was arrested on Saturday, is in police custody.

The man who is accused of throwing his friend's three-year-old daughter from the seventh floor of his apartment in south Mumbai's Colaba on Saturday was driven by the superstitious belief that sacrificing human life will solve all problems of his life, the police said on Monday.

"The man is a neighbour of the girl's father. We found his diary in which it was written that a woman in Morocco told him that all problems of his life will be solved if he sacrifices two people. He invited the kids at home and threw one of them from the seventh floor," said Shivaji Fadtare, a senior police officer in Colaba, was quoted as saying by news agency ANI.

"Kill the twins to save your life," Anil Chaugani, 43, wrote in his diary every day, according to the police. The girl has a twin sister and a brother.

He was arrested on Saturday evening and later sent to police custody till September 13.

He is a neighbour and a friend of the girl's father. Claiming innocence, the man had said that girl accidentally fell down and that he took her to the hospital as well.

"The kid fell down on its own. In fact the accused took her to the hospital and also informed the police. But the prosecution has alleged that the accused has thrown the child," Sunil Pandey, the lawyer of the accused said.

"This is totally a false case. He (Anil Chaugani) had no role in this. Three children were playing in Anil's house and the girl fell due to her own negligence. He had taken the child to the hospital. Nobody had seen the incident. Anil and the girl's father had a clash once and the latter also threatened to implicate him in a false case," the lawyer told reporters.

However, police sources say that the man had confessed to the crime. A police official told news agency PTI that Anil Chaugani, who worked at a private firm, appears to be mentally challenged.

On Saturday, he allegedly locked one of the rooms of his friend's flat and flung the girl, Shenaya, out of the window. Her family members were in the flat at the time of the incident, the police told PTI.

The girl fell on the bonnet of a car parked below. She was rushed to a hospital where she died later in the night.