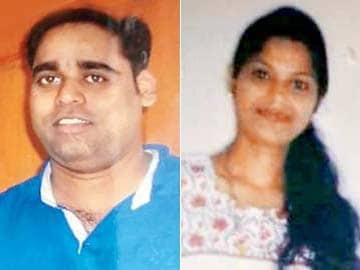 Mumbai: The mystery behind the headless body found in Chembur last week has been solved, with the police finally tracking down the missing head on Tuesday. In a chilling disclosure, the accused told investigators that the victim had arrived at his place, where they shared intimate moments. He then took the victim to the bathroom, and slit her throat. Later, he chopped her body into parts and disposed them at three different locations in garbage bags.

Based on the confession, a police team searched the entire stretch of a nullah passing by Shell colony in Chembur and found the head. It matched the face of a missing woman identified as Kanta Shetty (36), a resident of Sakinaka, who had been missing since October 30. The breakthrough was possible after a missing complaint lodged with the Sakinaka police station was being probed, and the investigations led the Sakinaka police to the accused Prabhakar Shetty (31), manager of a restaurant in Chembur Gymkhana.

Shetty, who lives in the official Gymkhana quarters, was taken in for questioning. He eventually confessed to the murder. He was later handed over to the Chembur police, and took officials to the spot where he had dumped the head. Preliminary investigations revealed that Shetty was in a relationship with Kanta, a distant relative. Kanta stayed with her family in Sakinaka. Her husband died two years ago and her proximity with Shetty increased gradually.

Police sources further revealed that Shetty's parents had looked for a bride for him and he was to get married soon. This was unacceptable to Kanta, as Shetty had wooed her with promises of marriage. She kept insisting that he get married to her. This led to a heated argument between them.

In his statement to the police, Prabhakar revealed that on the day of the incident (October 30), he received numerous calls from Kanta. As he was unwell, he preferred to stay at home that day and kept informing her about his ill health. Kanta was skeptical about the reasons and suspected him to be dishonest. To check whether he was actually ill, she went to meet him at his home that evening.

The police have intensified their search for tracing the missing hands. Shetty had informed the police that he dumped the hands and legs together at Cheetah Camp, Trombay, but the police have only found the legs. The body parts were sent to Rajawadi post-mortem centre, from where it was sent to the Department of Forensic Medicine at Grant Medical College.

The accused has been arrested under sections 302 (murder), 201 (destroying the evidence) of the Indian Penal Code. He was produced before the Metropolitan Magistrate Court, Kurla, who sent him to police custody. Cops are yet to recover the weapon.

Prabhakar said that around 7:30 pm, Kanta arrived at his home.

Promoted
Listen to the latest songs, only on JioSaavn.com
They were arguing fiercely and Kanta again insisted that he marry her. A few minutes later, they got intimate.

Prabhakar took Kanta to the bathroom, where he had hidden a kitchen knife. He slit her throat and left her to bleed to death. He then chopped her body into parts.