Yug Pathak, the co-owner of the Mojo's Bistro pub and son of a retired IPS officer, was questioned by a team of the N M Joshi Marg police. 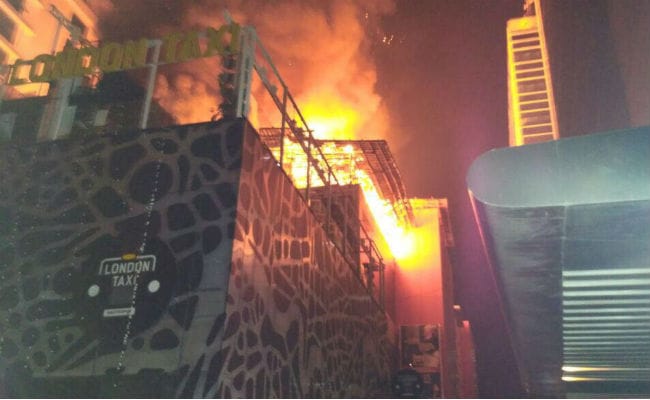 Mumbai Fire: 14 people were killed in the fire that broke out at '1 Above' pub on December 29.

Mumbai: Police have recorded the statement of a co-owner of Mojo's Bistro in connection with the fire at '1 Above' pub in Mumbai, an official said today.

Yug Pathak, the co-owner of the Mojo's Bistro pub and son of a retired IPS officer, was questioned by a team of the N M Joshi Marg police.

"On Sunday, we recorded Pathak's statement which is part of our investigation," Additional Commissioner of Police (central region) S Jayakumar told PTI.

He said action will be taken after a thorough investigation. As of now, the probe is underway, he added.

Fourteen people were killed and 21 others injured when the fire broke out in the upscale '1 Above' pub and spread to Mojo's Bistro a storey below in the Kamala Mills compound on December 29.

The city police yesterday arrested two managers of the '1 Above' pub over allegations that they fled without helping the guests.

The two were produced in a local court, which remanded them in police custody till January 9.

However, the main accused of the case--the pub owners are still at large. Police have sent their teams to various places in Maharashtra and also outside the state to nab the main accused, an official earlier said.

Police had booked the pub owners, Hitesh Sanghvi and Jigar Sanghvi, co-owner Abhijeet Manka and others on various charges, including culpable homicide not amounting to murder.

According to the official, police have also issued lookout notice against the main accused.

On Sunday, the police had arrested two persons for allegedly providing shelter to the pub owners. They were later produced before a court which granted them bail on a bond of Rs 25,000 each.
Comments
Mumbai fire