Mumbai Crime: Here's How This Woman Turned Into A Mafia Queen in 6 Yrs 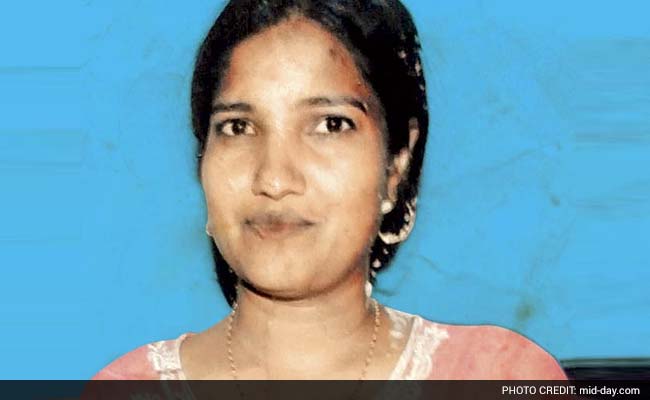 After evading arrest for six months, Karima Mujeeb Shah was nabbed in the last week of August, after one of her henchmen told the cops where they could find her.

Mumbai: Meet Ghatkopar's very own godmother, 45-year-old Karima Mujeeb Shah aka Aapa (elder sister), who went from an illegal developer to mafia queen within six years. She ran a well-oiled crime network that operated for the past six years without the Mumbai Police even realising it.

It was only with the arrest of one of her henchmen that the cops learnt about Karima and her gang six months ago, eventually leading to her arrest last month. "We were shocked to learn about this woman, the way she built her empire in such a short span, and how she has been taking care of her gang members.

We made several attempts to nab her but were unsuccessful, as she would always get tipped-off about it and escape from her hideout," said an officer attached to the Tilak Nagar police, who finally arrested Karima in the last week of August, after pursuing her for six months.

Crime graph
The Std IV-pass Karima began her criminal career as an illegal developer, constructing shanties in the Ghatkopar area. Over the years, both her influence and her enemies increased. To ensure protection for herself and her husband who is a scrap dealer, she hired her first henchman, local goon Sanbabu Panicker.

In return for his protection, she ensured he and his associates enjoyed a lavish lifestyle. Soon, people in the locality began to fear Karima; they called her Aapa out of respect, and would even take their disputes to her for settlement.

She even set up a godfather-esque darbar at her Kamraj Nagar residence, where she would settle local quarrels from her king-sized chair, said cops, adding that her say would be taken more seriously than the judiciary.

Building la familia
To increase manpower, Karima began to adopt orphans in the area. She gave them accommodation and food and, in turn, the boys would commit burglaries for her. They would bring her the loot and she would divide into equal shares for each member who was part of the heist.

Soon, her network expanded to over 50 cronies who burgled, robbed, and snatched chains across the Central and Eastern suburbs. Sources in the police estimate that such crimes will come down by about 50 per cent in the area, once her entire gang is busted.

In just two weeks of investigations, cops have already recovered around Rs 40 lakh from Karima and her associates, and have learnt that she owns four flats and over 40 to 50 shanties in Kamraj Nagar, Ghatkopar (E). "At any given time, she would move around with a convoy of 10 to 12 members in two Innova cars.

Each member in her gang has a definite role - chain-snatching, robbery, etc. For chain-snatchers she provides motorbikes and for burglars, she gives four-wheelers or taxis. She also employed informers who would tell her about residential societies where people had gone on vacation, leaving the house unattended," said Senior Police Inspector Netaji Bhopale of Crime Branch (Unit V), which has taken over the probe.

Arrest
"She has been operating clandestinely since the past six years, but we came to know about her only six months ago, after we arrested one of her henchmen, Satish Bondiya alias Bala, while he was on his way to commit burglary," said an officer from Tilak Nagar police station.

When they questioned Bala, he spilled the beans about Karima's entire network. Following this, cops made several attempts to arrest her as well, but they all went in vain as she was always tipped-off in advance. According to the police, Karima had posted lookouts at the entrance and exit of Kamraj Nagar, and they would immediately raise the alarm if they spotted a police vehicle entering the area.

The cops made a major breakthrough with the arrest of another of Karima's goons, one Rohit Surve on August 25, while he was loitering in the jurisdiction of Tilak Nagar police station. During questioning Rohit confirmed that he worked for Karima and told the cops that she had adopted him when he was seven years old.

He told the cops that Karima was about to arrive at the Sessions Court to provide legal assistance to one of her gang members. Based on this information, the Tilak Nagar cops laid a trap and arrested Karima there. She was charged under Sections 411 (Dishonestly receiving stolen property) and 34 (Acts done by several persons in furtherance of common intention) of the IPC.

Soon after her arrest, however, Karima drank phenyl inside the police station in a suicide attempt. She was rushed to the hospital and has since been discharged. Cops suspect that she had intended to allege custodial violence in a bid to defame the department as she had made similar attempts in the past.

In an earlier incident, when police teams from other stations had gone to apprehend her, she had torn her clothes and alleged that the cops had molested her.