A water pipeline repair work was going on in the area and a pit was dug up as part of the project and it was filled with water, police said. 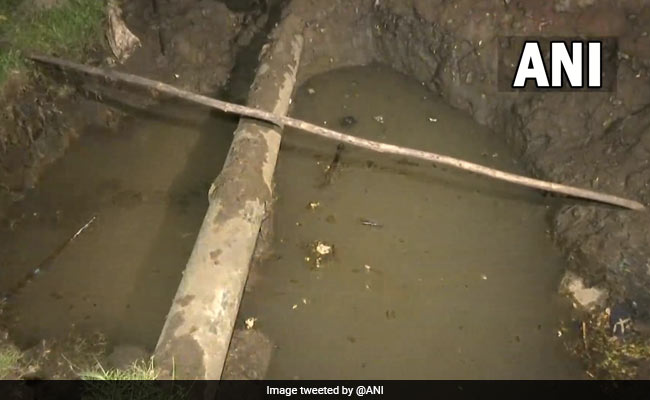 The boys were residents of the same area and students of Class 5, the police said.

Two boys aged 11 drowned in a water-filled pit which was dug up for repairing a pipeline in Antop Hill locality in Mumbai on Monday evening, police said.

The incident took place in the CGS Colony area and the bodies were retrieved and sent to a civic hospital for postmortem, they said.

The deceased were residents of the same area and students of Class 5, the police said.

A water pipeline repair work was going on in the area and a pit was dug up as part of the project and it was filled with water, they said.

It was not yet clear whether the kids jumped into the pit or accidentally fell into it, the police said.

Necessary action will be taken if any negligence is found on part of those involved in the water pipeline work, they said.

Family members of the deceased said they were not aware how the kids reached the spot where the incident took place.

"We were at home when some people came searching for our kids. They showed us pictures of our kids and we identified them. They then informed us about the drowning incident," said a member of one of the grieving families.

It was a case of sheer negligence, he alleged.

"If the contractor had dug up the pit, he should have covered it for safety of local residents. But it was kept open resulting in our kids falling into it," he said.

The Antop Hill police have registered an accidental death report and started investigation, an official added.