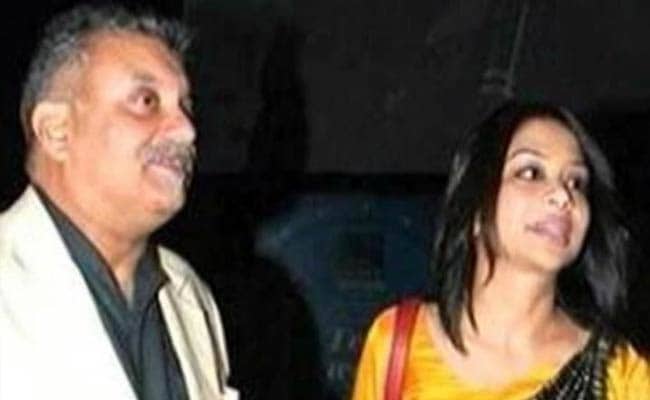 The CBI says arrested media tycoon Peter Mukerjea is not cooperating with the investigation.

Mumbai: Money is the motive behind the murder of Sheena Bora, the daughter of Indrani Mukherjee, the Central Bureau of Investigation has told a Mumbai court. But the agency has claimed that arrested media tycoon Peter Mukerjea is not cooperating and his custody has been extended by the court to November 26.  He will be taken to Delhi for questioning.

For a time, it was suspected that the murder was related to the relationship between Ms Bora and Rahul Mukerjea, Mr Mukerjea's son from an earlier marriage, which Indrani Mukerjea had disapproved. But later, the focus had shifted to the financial angle in the case.

In 2007, the Mukerjeas had co-founded the broadcasting group INX media, which they exited in 2009 amid talk of embezzlement and proxy firms.

Today, Additional Solicitor General Anil Singh told the court that Mr Mukerjea - who was arrested last week, two months after the arrest of his wife -- was giving "evasive" replies to the agency. "Peter Mukerjea has not revealed details of monetary transactions he made with Indrani  Mukerjea. Financial transactions are the motive," he said.

Mr Mukerjea's lawyers said he has answered questions to the best of his ability. "How can not being able to share the details of some FDs in the UK be concealing facts of murder? Bank statements have been submitted to them," his lawyer said.

The agency has also accessed a letter written by Rahul Mukerjea, which it says, proves Mr Mukerjea was aware that there was foul play in Ms Bora's disappearance three years ago. After Ms Bora's death, Indrani Mukerjea had told Rahul that she had found gone to the US and was in a new relationship and did not wish to be in touch with him.

Rahul had told the police that his calls to Sheena went unanswered and all he received were a few text messages from Ms Bora's phone number.

In the letter, addressed to his father and Indrani Mukerjea, Rahul termed Ms Bora's disappearance mysterious and wrote he was suspicious about why she could not speak for herself.

Ms Bora, 24 -- who was allegedly strangled in April 2012 - was the unacknowledged daughter of Ms Mukerjea. In public, she was introduced as Ms Mukerjea's sister. The murder remained undiscovered for three years. This August, Ms Bora's remains were found in the forest in Raigad, around 80 km from Mumbai.