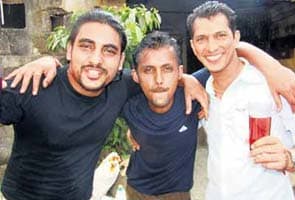 Mumbai: Eleven days after battling for his life, Reuben Fernandez (29) succumbed to his injuries around 6 pm yesterday at Kokilaben Dhirubhai Ambani hospital in Andheri (West).

Reuben was operated on Sunday afternoon after he had sudden massive internal bleeding from the abdomen. He remained critical in the ICU, and despite all efforts to save him, succumbed to his injuries, said a spokesperson from the hospital.

Dr Prajesh Bhuta, who performed the surgery, said, "He had sustained grievous injuries in the major vascular regions and was bleeding internally. His condition was critical, and sadly, he succumbed to his injuries."

On October 20, Reuben and his friends, after dining at the restaurant, stepped out to have a paan. A drunken man, Jitender Rana, made some lewd comments about the girls in the group, which resulted in an argument.
Rana went away saying that he would be back in five minutes. Some 10 minutes later Rana returned with a group of friends, armed with sharp weapons. They then stabbed Santos and Reuben in the stomach.

Donors abound
The stabbing had resulted in excessive blood loss for Reuben. Doctors had to perform three surgeries; each surgery required around 30 units of blood transfusion. After word was passed around that Fernandez urgently required O+ blood group, friends and strangers rushed to the hospital to donate blood. It is estimated that more than a hundred people turned up to donate blood on the first day.

"We were surprised to see so many people turn up to donate blood for Reuben. Our corridors and the blood bank area were brimming with people," said Dr Uma Mehraj, blood bank officer at the hospital.

Hiren Shet, who aids people get in touch with blood donors, said, "I was in the hospital and saw that hundreds of people had gathered to donate blood. It was very touching to see so many people."

"Though he was in the ICU, he was conscious and talking to us till a few days ago," said Silveira.