"Increased rainfall activity over coastal Karnataka, Goa and south Maharashtra is likely to continue till June 10. It is very likely to extend to north coastal Maharashtra, including Mumbai, from tomorrow," the statement said. 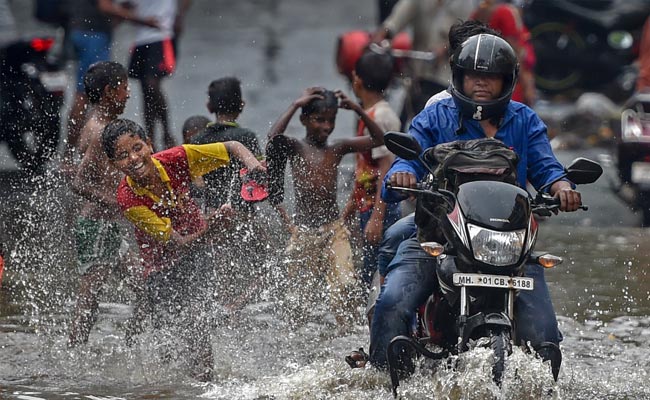 Mumbai: The IMD today predicted increased rainfall activity, including extremely heavy rains in isolated places, between tomorrow and June 12 along the north coastal belt of Maharashtra which includes Mumbai.

A statement from the Indian Meteorological Department (IMD) issued today informed that conditions were favourable for the further advancement of the Southwest monsoon into more parts of the central Arabian Sea and Maharashtra, including Mumbai, during the next 24 hours.

"Increased rainfall activity over coastal Karnataka, Goa and south Maharashtra is likely to continue till June 10. It is very likely to extend to north coastal Maharashtra, including Mumbai, from tomorrow," the statement said.

It has also warned that winds, with speeds ranging between 40 kilometres per hour to 60 kmph, were likely along the coasts of Goa and Konkan between June 8-12.

"We are on alert mode and precautionary measures are in place. Preparatory work to coordinate with various agencies for any eventuality is also in place," a spokesperson of the Brihanmumbai Municipal Corporation told PTI today.

"Our officers are ready and are keeping a close watch on the situation. Their weekly-offs have been cancelled as well," the official added.

The IMD, in its forecast issued for today, said that a few spells of rain or thundershowers were likely to occur in the city and suburbs.

Heavy rain is likely to occur at one or two places, it added.

Earlier, Municipal Commissioner Ajoy Mehta had held a meeting of top civic officials and those from the IMD yesterday in view of the forecast of heavy rain in the city during the weekend.

During the last 24 hours, from 8.30 am yesterday to 8.30 am today, the IMD's weather station at Colaba recorded 30.2 mm rainfall while Santa Cruz recorded 41 mm rainfall.