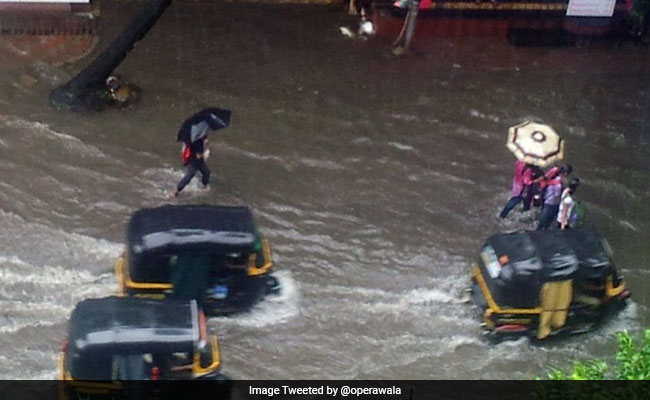 Heavy rain in Mumbai led to waterlogging and delayed trains in parts of the city.

The downpour led to water-logging in parts of south and central Mumbai as well as eastern and western suburbs, leading to major traffic jams in the morning peak hour.

Suburban train services on western railway, central railway and harbour line ran 15-30 minutes late. The central railway was hit due to flooded tracks near Sion-Kurla. The cascading effect affected the other two lines. 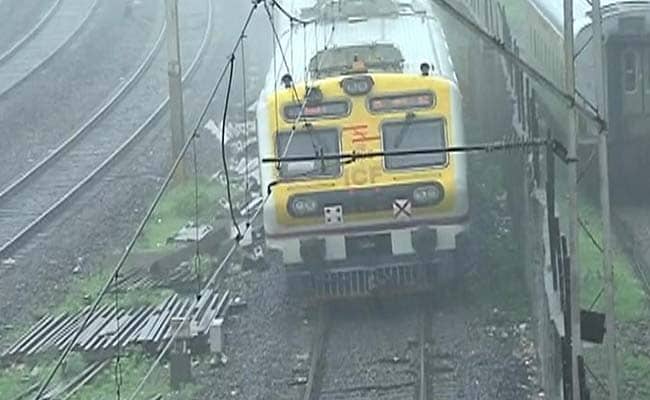 Due To Heavy Rain, Trains In Different Parts Of Mumbai Were Delayed Adding To The Trouble Of Travellers.

All domestic and international flights to and from Mumbai reported around 30 minutes delay due to heavy rains, low visibility and air congestion.

Though there were no diversions or cancellations, there were three go-arounds and consequent delays, airport officials said.

Besides Mumbai, the adjoining districts of Thane, Palghar and Raigad were also lashed by heavy rains, slowing traffic on all major routes linking Mumbai with Ahmedabad, Pune, Nashik and Goa.

Residents of Mumbai took to social media to describe scenes around them.

What A Beautiful Day To Be Stuck In Traffic On Flooded Roads, Hungry. #mumbairainspic.twitter.com/HExaAG9FJ1

I Miss The Times We Could Bunk School Due To #mumbairains. Now They Just Cut Your Pay :/

The IMD has forecast very heavy rains in Mumbai and coastal Konkan region over the next 48 hours.

As a precaution, all major services like the police, fire brigade, National Disaster Response Force or NDRF and others are in a state of high alert.