Duronto Derailment Survivor Gets Stuck In Mumbai Local For 8 Hours

Mumbai recorded 298 mm of rainfall, the highest in a day in August since 1997 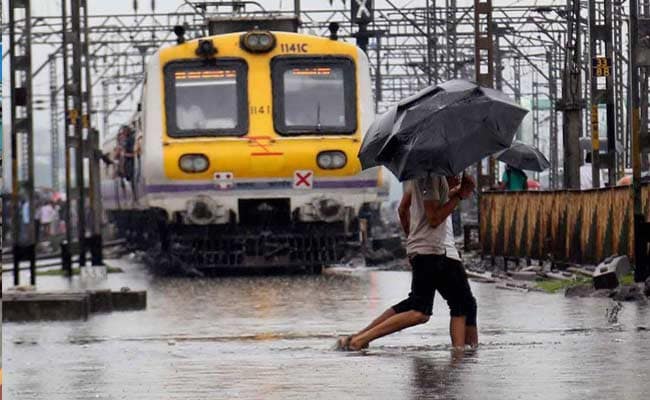 Mumbai: He survived a derailment only to get stuck in a local train for eight hours as incessant rain brought Mumbai and its suburbs to a grinding halt yesterday. For 54-year-old Sukhdev Meshram, a passenger on the Nagpur-Mumbai Duronto Express that derailed between Maharashtra's Vasind and Asangaon stations early morning yesterday, it was a day he will never forget.

After the accident, caused by a landslide, Mr Meshram walked till the Vasind station and took an autorickshaw till Kalyan where he boarded a Mumbai-bound local train.

"After spending almost eight hours in the local train, we hadn't even reached Sion station. There was no announcement, neither did anyone inform us about the status of the train amid the heavy downpour," he said.

A day later, it was not much different for 40-year-old Kedarnath Bhaskar Shinde, who works as a security person in an office in south Mumbai and lives near Kalyan.

"I normally take around an hour and half. Today, I traversed the distance in seven hours," he told PTI.

Torrential rain pounded the city throughout the day yesterday. The city recorded 298 mm of rainfall, the highest in a day in August since 1997.
Comments
Mumbai rainhours in trainmumbai weather