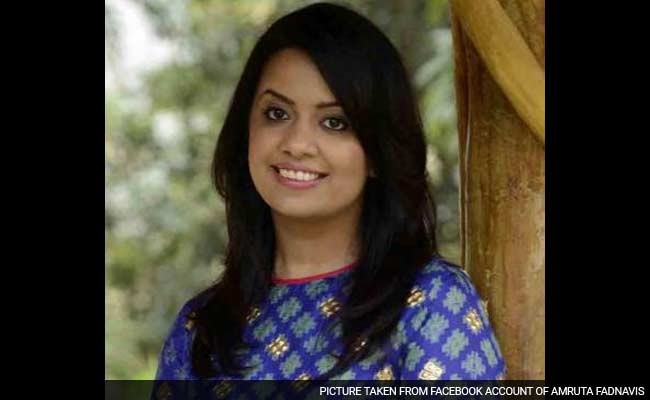 Amruta Fadnavis on Monday joined the Federations of Indian Chamber of Commerce and Industry (FICCI) Ladies Organisation to push for equal representation of women in films.

Speaking to NDTV on the sidelines of an event to launch collaboration between FICCI and US-based Geena Davis Institute, Ms Fadnavis said, "I feel recently there have been women oriented films and women have been portrayed strongly in the movies. Earlier the objectification was more and women had secondary roles. But now we are growing out of it. Women are beginning to get their due now."

"As women start playing primary roles and stop running around bushes the remuneration gap will also be filled. Women have to pull in the crowds and the acceptability of women in leading roles. The stereotype roles have to be given up, mindsets have to change," Ms Fadnavis added.

The Geena Davis Institute, set up by Academy Award winning actor Geena Davis, works to improve gender balance and reduce stereotyping of women in films. The FICCI ladies organisation together with the institute will organise a film festival which will screen films on women empowerment.

"At the film festival we will organise a symposium to discuss the depiction and representation of women and girls and how films can influence social and cultural views and beliefs," said Madeline Di Nonno, the CEO of the institute.