Dharavi's dogged approach to "chase the virus" could be a template for emerging markets across the world, from the favelas of Brazil to shanty towns in South Africa. 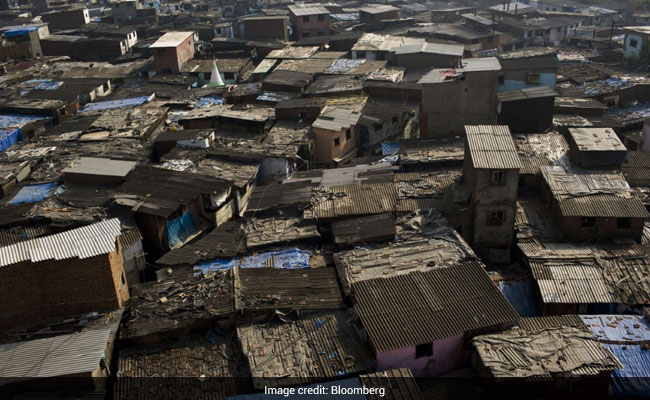 A strict lockdown and accessible testing was part of Dharavi's strategy.

Mumbai's Dharavi, the continent's most crowded slum, has gone from coronavirus hotspot to potential success story, offering a model for developing nations struggling to contain the pandemic.

Authorities have knocked on 47,500 doors since April to measure temperatures and oxygen levels, screened almost 700,000 people in the slum cluster and set up fever clinics. Those showing symptoms were shifted to nearby schools and sports clubs converted into quarantine centers. Fresh daily infections are now down to a third compared with early May, more than half the sick are recovering, and the number of deaths plummeted this month in the tenement where as many as eighty residents share a toilet.

The numbers are in stark contrast to the rest of India, whose daily tally of new infected cases has quadrupled since early May. Located near Mumbai's financial district, Dharavi's dogged approach to "chase the virus" could be a template for emerging markets across the world, from the favelas of Brazil to shanty towns in South Africa.

"It was next to impossible to follow social distancing," said Kiran Dighavkar, assistant commissioner at Mumbai's municipality, who is in charge of leading the fight in Dharavi. "The only option then was to chase the virus rather than wait for the cases to come. To work proactively, rather than reactively."

Officials were initially worried as positive diagnoses rose, but it meant people didn't have to wait to get sick. Dighavkar and his team made it clear that screenings and testing would continue even as the count increased -- their objective was to keep deaths limited.

"We were able to isolate people at early stages," Dighavkar said. "Unlike in the rest of Mumbai, where most patients are reaching hospitals at a very late stage."

The strategy has helped reduce mortality and improve recovery. About 51% of Dharavi residents who test positive eventually recovered, better than Mumbai's 41% rate. Fresh infections are down to an average 20 a day from 60 in early May. India, meanwhile, added more than 11,000 cases on June 13.

A strict lockdown and accessible testing was part of Dharavi's strategy. If someone was not feeling well and wanted to get tested, just get institutionally quarantined and on-site doctors will take care of it.

However, Dighavkar knew none of this would be possible without gaining the community's trust. Home to nearly a million people where a family of seven may be living in a 100-square feet hutment, word travels fast in Dharavi and small gestures help.

For instance, Ramadan -- the Muslim holy month -- was crucial. Those in isolation centers were concerned about how they'd keep up with rituals, such as breaking their religious fasts at sunset. Authorities ensured they got fruits and dates and distributed proper meals at appropriate times while all others received three meals a day.

Free Services
Everyone in the isolation centers also received round-the-clock medical supervision free of cost, even as millions around the country lost their jobs due to the nationwide lockdown and reports trickled in of people dying before they were allotted hospital beds.

Once word got around, people would volunteer themselves to be quarantined as soon as symptoms appeared, according to Dighavkar. There should never be any pressure on keeping the number of cases low, he said, adding that focus is needed on screening and timely treatment because the ultimate aim was to save lives.

Dharavi's methods as descibed seem adequate to contain infections and authorities must test everyone with symptoms like fever or a cough, said T. Sundararaman, the New Delhi-based global coordinator of the People's Health Movement, a public health group.

Yet, Dharavi's war against the virus is far from over. Once shelter-at-home restrictions are fully lifted in Mumbai and the bustling city goes back to work, there's a risk of a second wave of infections.

"The battle can't be over until the virus has gone from the entire city, state and country," said Dighavkar. "People are quite aware now of how to be safe and I think by the time the lockdown ends, most of us may have got herd immunity. Or so we hope."