Mumbai Coronavirus Cases: Everyday, 6,000 to 7,000 tests are being done and most of the citizens are following the safety protocols, additional municipal commissioner Suresh Kakani told PTI. 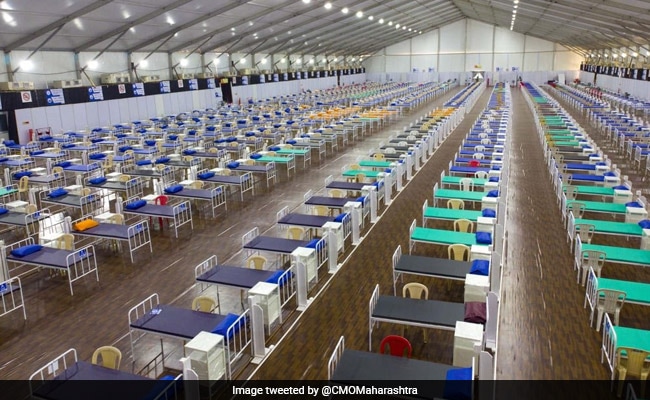 Mumbai has been reporting less than 1,500 COVID-19 cases, the official said.

The COVID-19 situation "is in control" in Mumbai with the number of positive cases daily being reported below 1,500, a senior official of the Brihanmumbai Municipal Corporation (BMC) has said.

Everyday, 6,000 to 7,000 tests are being done and most of the citizens are following the safety protocols, additional municipal commissioner Suresh Kakani told PTI.

The city has been daily reporting less than 1,500 COVID-19 cases since the last many days. "The situation is in control," Mr Kakani said.

After the outbreak of COVID-19 in the city, the BMC focussed on slum pockets by tracing high risk contacts and sending them to quarantine centres, and if they tested positive, they were kept at isolation facilities, he said.

In the slum areas, the BMC took steps like house-to-house surveys for finding out symptomatic patients, setting up fever clinics and X-ray vans, taking help of local doctors and providing them all medical equipment and frequent sanitisation of common toilets, he said.

Guidelines will soon be issued for housing societies to ensure they do not allow outsiders without masks, he said. There should be arrangements for thermal screening and hand sanitisers at the entrance of housing societies and people should be alert even at home, he said, adding that the BMC also has the task of focusing on monsoon-related ailments.

Mr Kakani also said that Ganesh mandals in the city have been asked to keep the Ganpati festival celebrations simple and low-key this year and focus on social service.

The civic body has come up with a concept of ''one ward-one Ganpati'' and left it to the local authorities to take a call on it, he said.

Vishwas Mote, the assistant municipal commissioner of K-West ward, which covers Andheri-West, Juhu, Versova and other prominent areas, last week appealed to the Ganpati mandals in his ward to follow the ''one ward-one Ganpati'' concept

The 10-day festival begins on ''Ganesh Chaturthi'', which falls on August 22 this year.

On Tuesday, Mumbai's COVID-19 tally rose to 1,03,262 with the addition of 995 new cases, while the number of deaths increased to 5,814 after 62 more patients succumbed to the infection, according to the BMC.