BEST Does Its Best To Provide Relief To Rain-Hit Mumbaikars

BEST has been operating the extra buses since yesterday to ferry commuters stranded at various places. 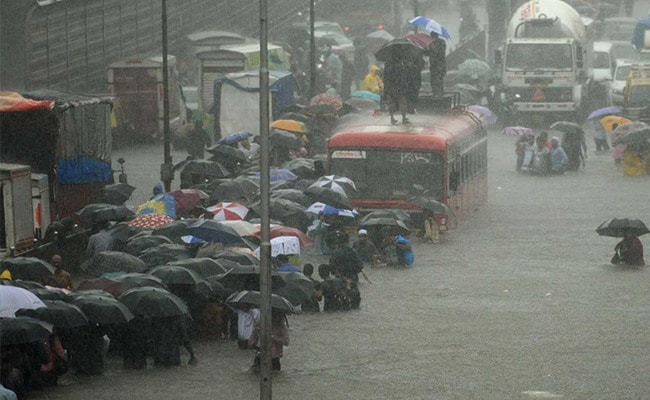 Mumbai: The Mumbai civic body's transport wing BEST has moved in to fill the void created by suspension of suburban train services due to heavy rains by operating over 100 extra buses.

The Brihanmumbai Electricity Supply and Transport (BEST) has been operating the extra buses since yesterday to ferry commuters stranded at various places, an official of the civic undertaking said.

"We ran 109 extra buses on important routes yesterday and today too, we are running additional buses on the Colaba-Thane route," BEST spokesperson Manoj Varade said.

The suburban train network, which carries over 65 lakh passengers a day, is the lifeline of the financial capital. BEST provides support to the transport network with a fleet of nearly 4,000 buses.

Meanwhile, thousands of people who were stranded overnight in offices and other places made their journey back home after train services on the western and central railway were restored.

Services on the Western Railway resumed around midnight, while trains on the Central Railway's (CR) mainline section between CSMT and Kalyan started this morning.

However, the Harbour line, also run by the CR, still remain suspended. However, many preferred to stay back in offices and resumed duty today. Pramod Harlalka, a sub-broker, who could not go home in neighbouring Thane district's Bhayandar yesterday, said he will resume work after the stock market opens.

Slamming the Brihanmumbai Municipal Corporation(BMC) for "poor disaster management", Harlalka said, "It seems the tall talks of the BMC has been washed away in rains. There was no system in place to tackle the situation and we were left at God's mercy."

A few Mumbaikars said the Maharashtra government should have declared an official holiday. Chief Minister Devendra Fadnavis yesterday advised people to step out of their homes only if there is an emergency.

"Since the chief minister did not declare a holiday under the Negotiable Instruments Act, people will have to go to their offices. Those who were stranded will have to either go home and return quickly for work today or stay put and continue working," Harlalka said.

"A little imagination on the part of the government would have spared a large number of office-goers of this ordeal," said S Balakrishna, a social worker. Bank holidays are declared by Central/state governments under the Act.

The road traffic has started getting normal. "Traffic from Bandra Worli Sealink towards airport is moving now. However, south-bound traffic is still very slow due to water-logging at Vakola," the Mumbai police tweeted.

The BMC has cancelled the leaves given to its staffers and asked them to report to work.
Comments