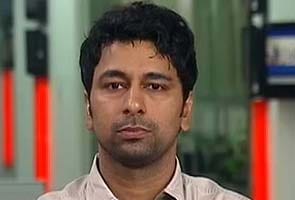 Mumbai: Even as outrage over the arrest of two Maharashtra girls for their Facebook post on Bal Thackeray continues, another instance of harassment involving two Air India employees has come to light.

Air India cabin crew members Mayank Mohan Sharma and KVJ Rao were arrested by the cyber crime cell of the Mumbai police in May this year for material they put up on Facebook.

The two are alleged to have shared lewd jokes about politicians, made derogatory comments against the Prime Minister and insulted the national flag in their posts.

That prompted a past-midnight police raid at their homes and arrest under the controversial 66(A) and 67 sections of the Information Technology Act. The two spent 12 days in police custody and were suspended by Air India.

Mr Rao said they had merely shared content easily available on the Internet.

Promoted
Listen to the latest songs, only on JioSaavn.com
It took the police nearly two months to make the arrests after lodging the FIR in March. Mr Sharma said the cyber cell wing investigated the complaint for over a year but never summoned them even once. The police were unavailable for comment.